Number of pixels had been for a while one of the key attributes for photographers, especially amateur.
From marketing perspective this is certainly a golden mine territory, because consumers usually don’t want to learn how large resolution is necessary for their purpose and more importantly isn’t sometimes to high-resolution ineffective? Bigger is better, right?

Without going deeply into technical explanation of how light is collected and converted to electrons, think of our human eyes instead. When we have a lot of light, we are able to recognize tiny details even at the larger distances. But if we enter dark room at the moment and our IRIS stays close, we won’t see much, because our eye doesn’t get enough light. Smaller photo cell means less collected light. And this won’t change even if thousands or million of eyes comes with us…

One more thing to mention – larger photo cell can collect more light. In theory it means that it can be exposed to the light either longer or under stronger source before light overflow and highlights gets burned. In practice this should mean that there is potential for wider dynamic range (range between full black (no light at all – no recorded info) and full white (too much light – all info lost)) with larger photo cells. This however is only partially true with Sony A7 cameras, because at the base ISO (where there is a lot of light), Sony A7R has slightly larger dynamic range than other three. At higher ISO though, Sony A7s clearly pulls apart.

Trying to show in practice what differences in nominated resolution means for photographer, we published few articles before, but it is nice opportunity to get back to it with those 4 Sony A7 cameras… 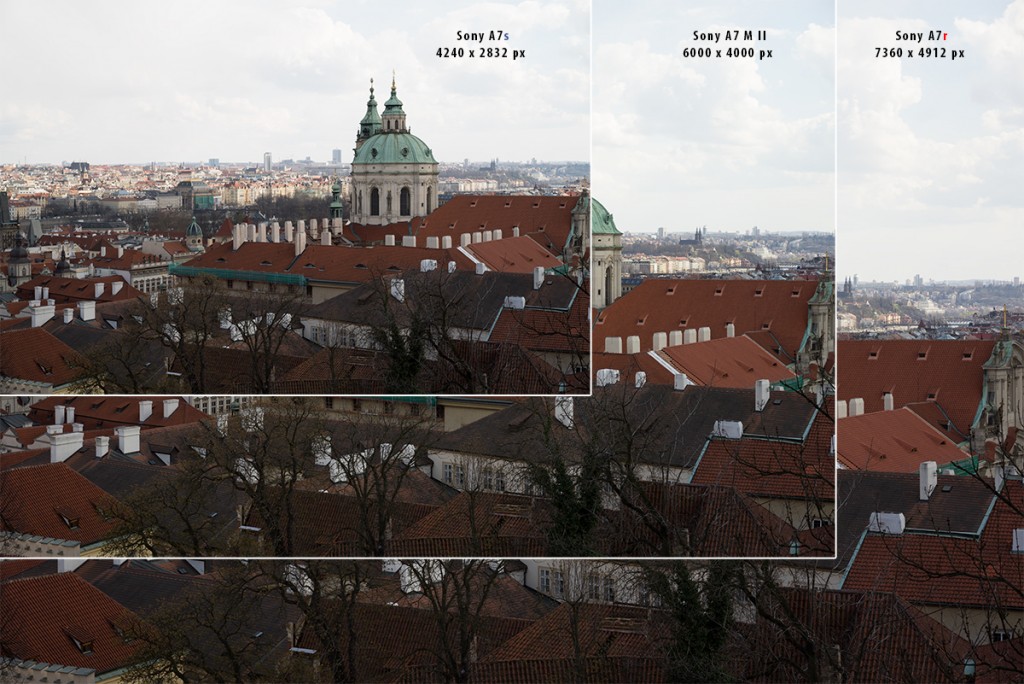 Image above are showing differences in file sizes between Sony A7s, A7/A7 MII and A7R.

Let’s take a look at few crops, made with different normalization methods.

If we down-sample all files to original Sony A7s file size (using “bi-cubic sharper” algorithm in PS CC), here is what we will get in terms of fine detail. (Click on the arrows on the slider, hold mouse button and move slider left or right to reveal image bellow). 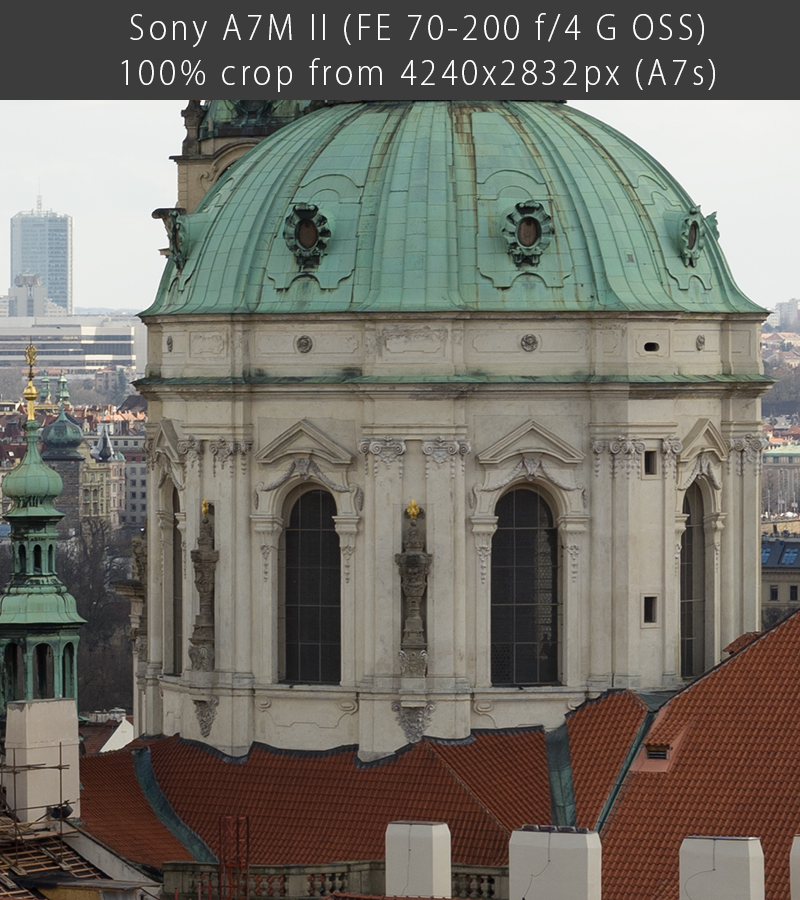 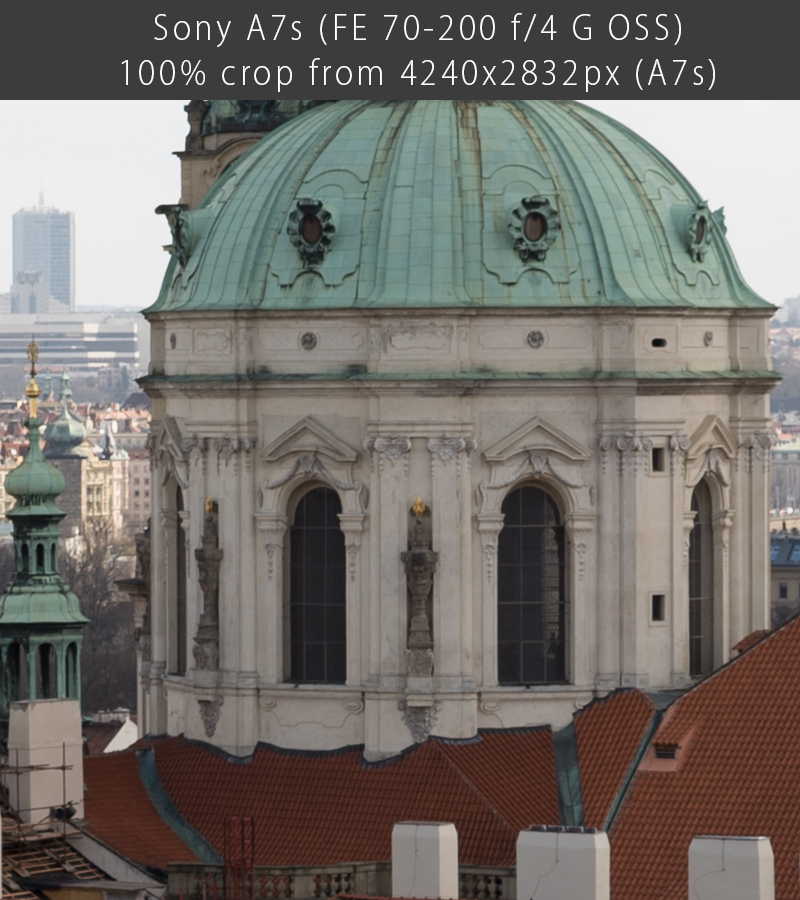 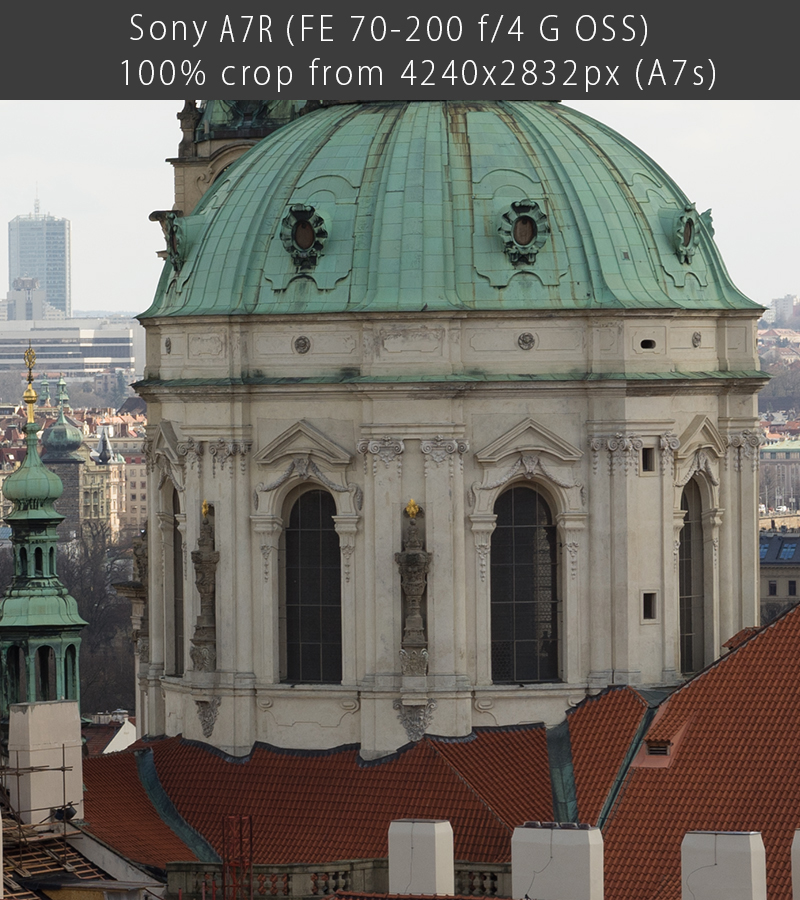 Finally at pixel level (100% crop), difference is not so significant between 24M and 36M

With test like this, slight difference in position of the focus plane can affect the result. Bellows are therefore similar comparison shots, captured in the studio under controlled conditions. 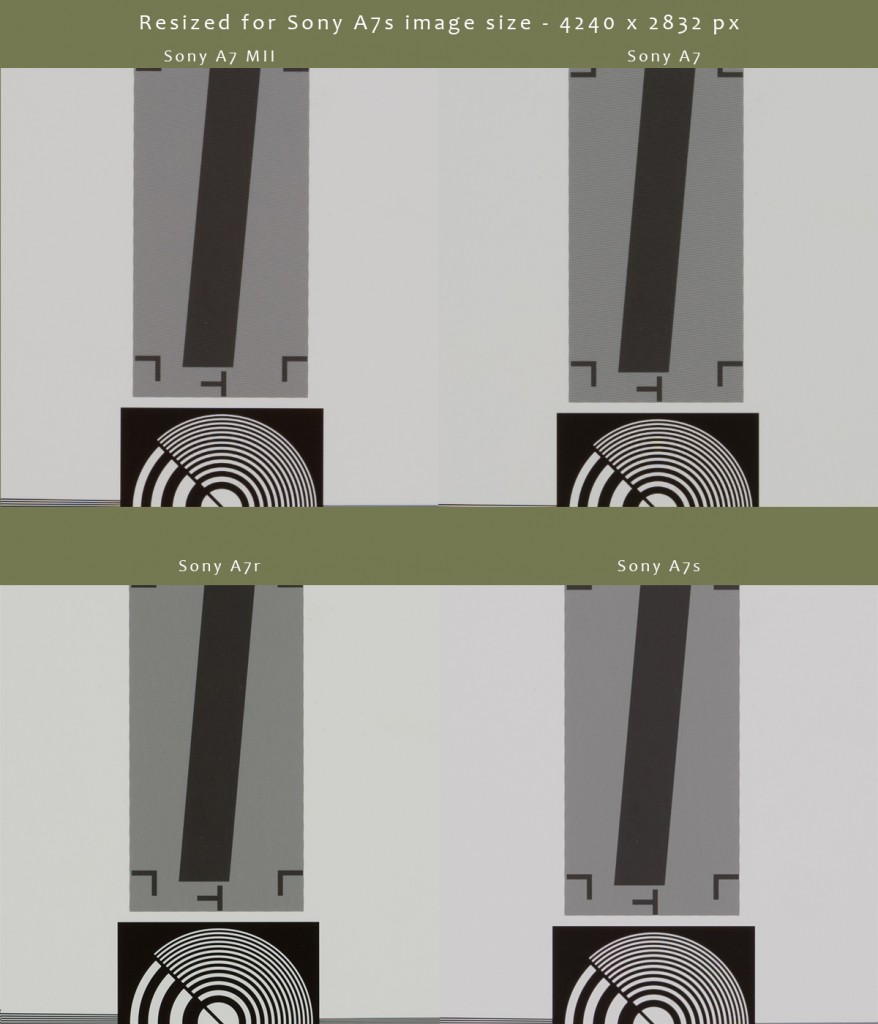 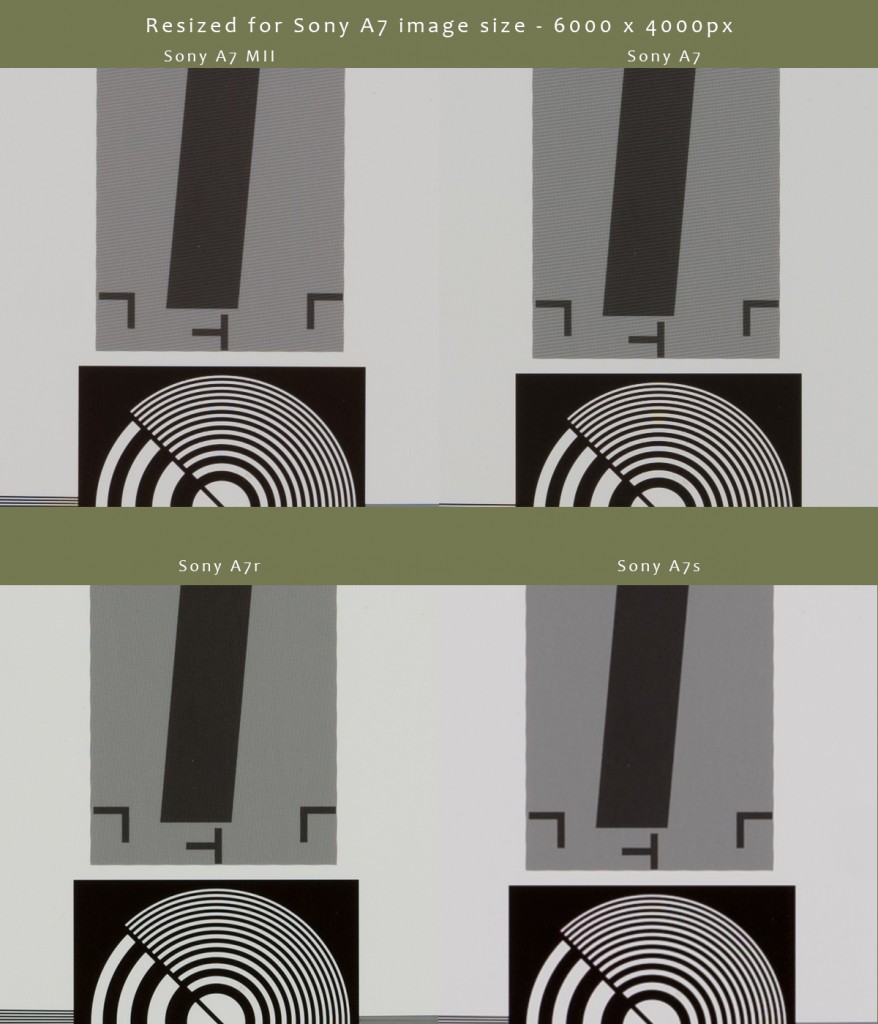 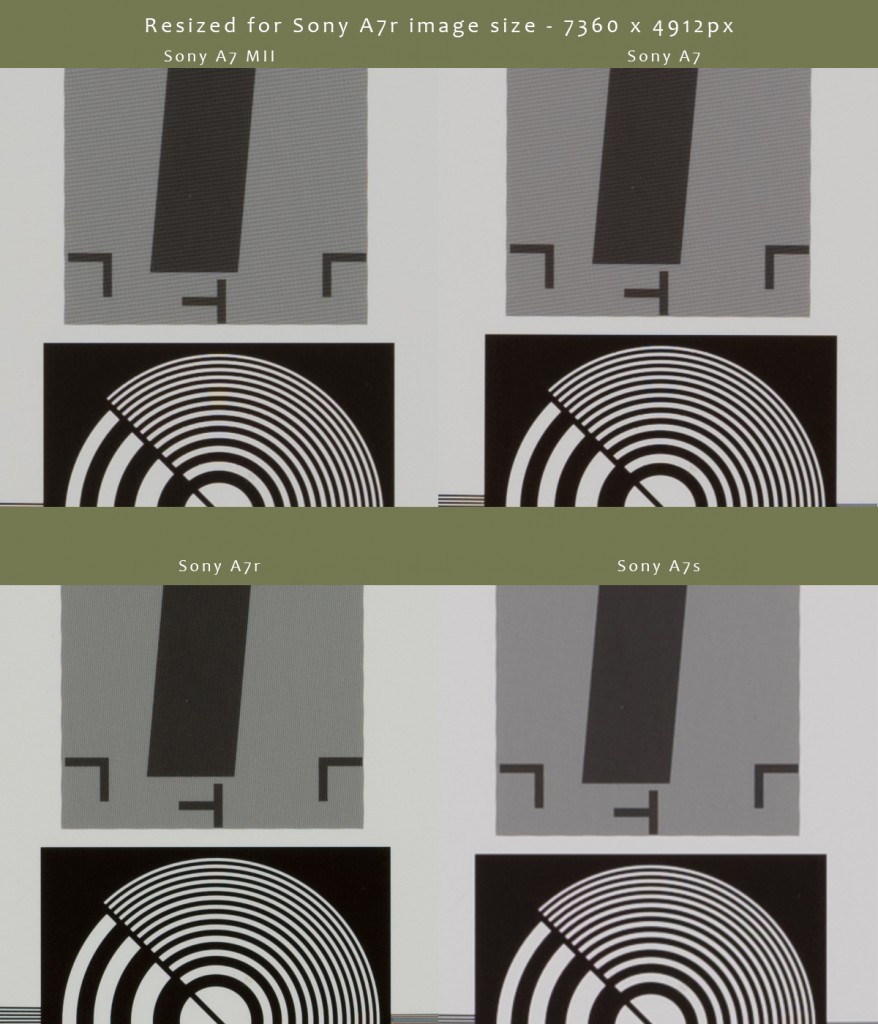 When we compare those cameras at pixel level, it become clear that Sony A7S shows less detail from the same scene, under same conditions (FL, aperture, lens etc.). More important question however is – what we are going to do with our images.

If we will use them on web only, difference won’t be much visible at standard resolution up to 1920 x 1280 (HD resolution).

Bellows are images from A7MII,A7S and A7R at resolution (1920 x 1280 px) and without looking at their description or EXIF, it would be hard to say which was taken with which camera. 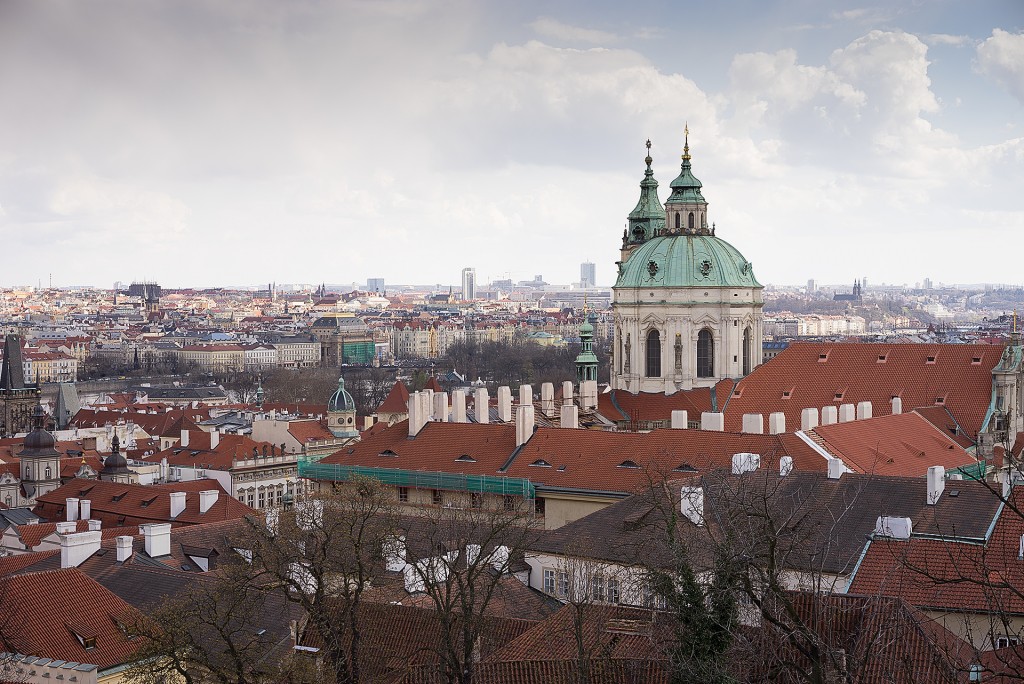 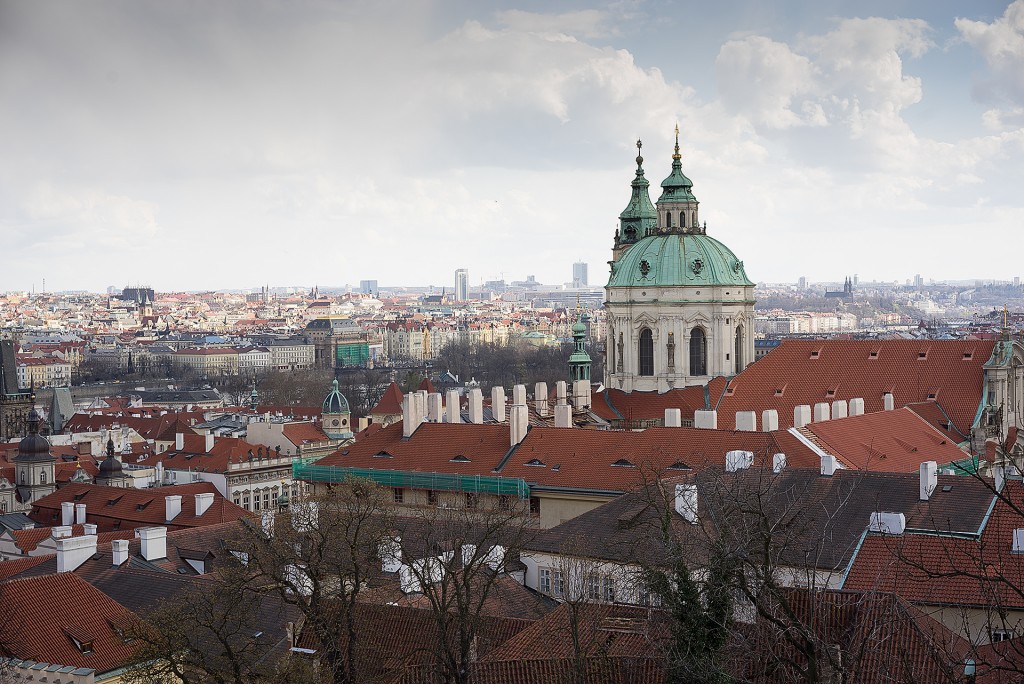 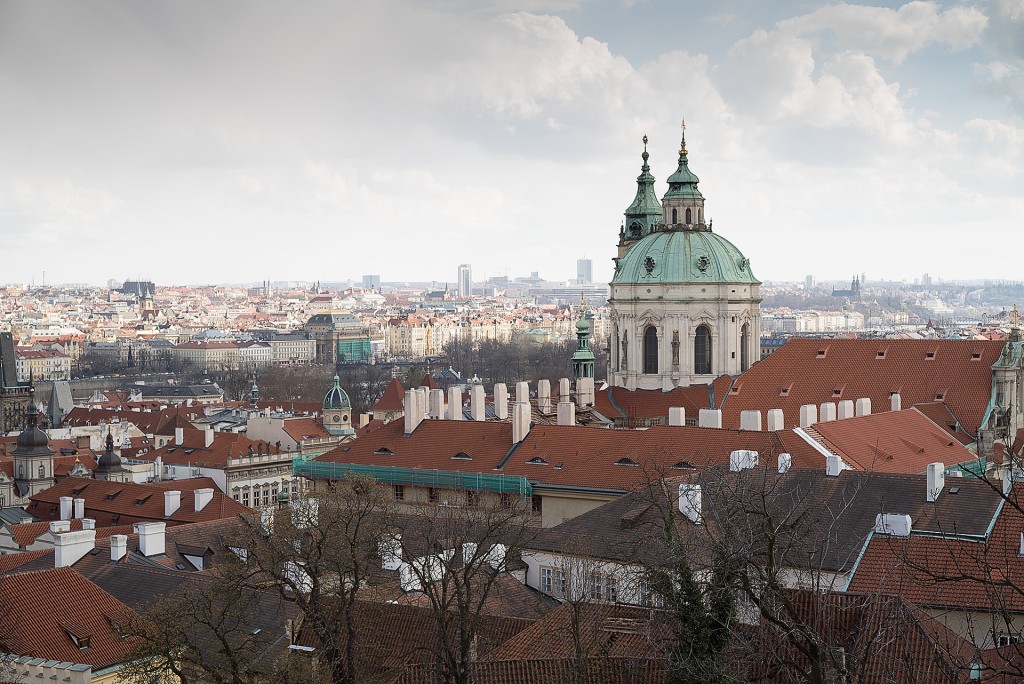 On the other hand, larger resolution allows for more aggressive cropping. This can be important for wildlife shooters and for those who need to correct composition after taking shot (journalists, street photographers etc.)

To put this in perspective, bellows are images from Sony A7S at its standard size 4240 x 2832 px, Sony A7 MII where respective crop of 4240 x 2832 px were made and finally same size crop from Sony A7R. (All images were further down-sampled to 1200 px wide for presentation purpose) 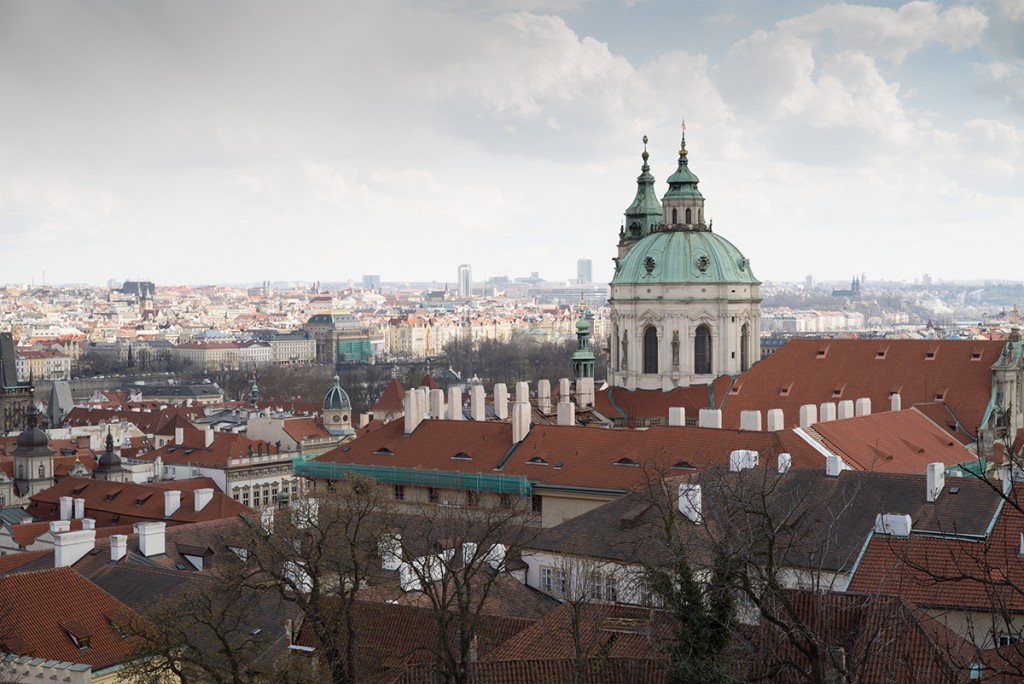 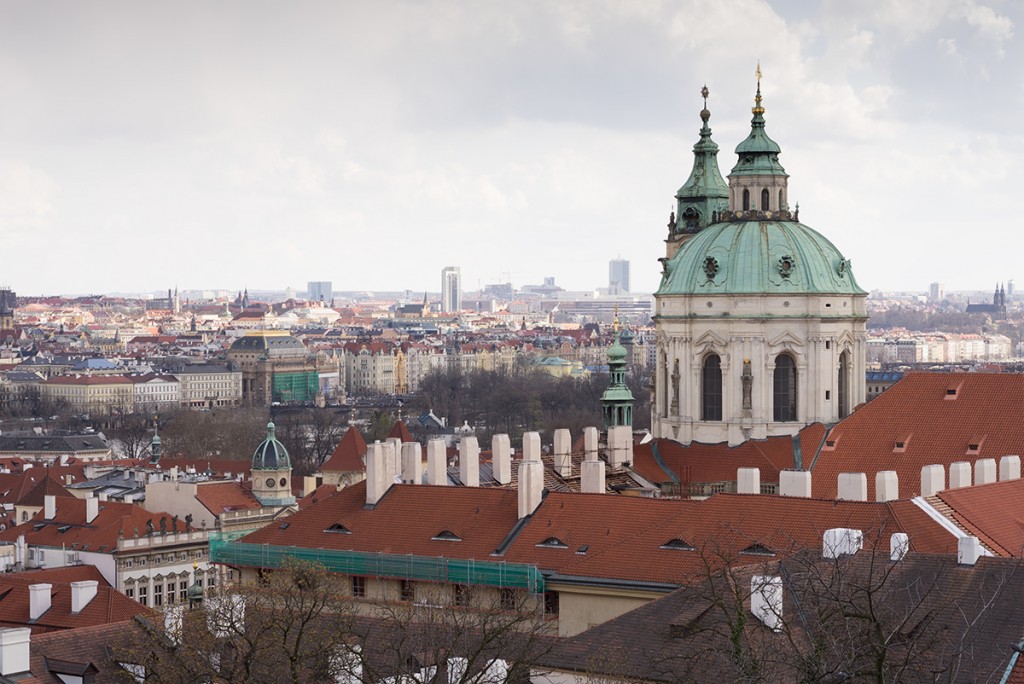 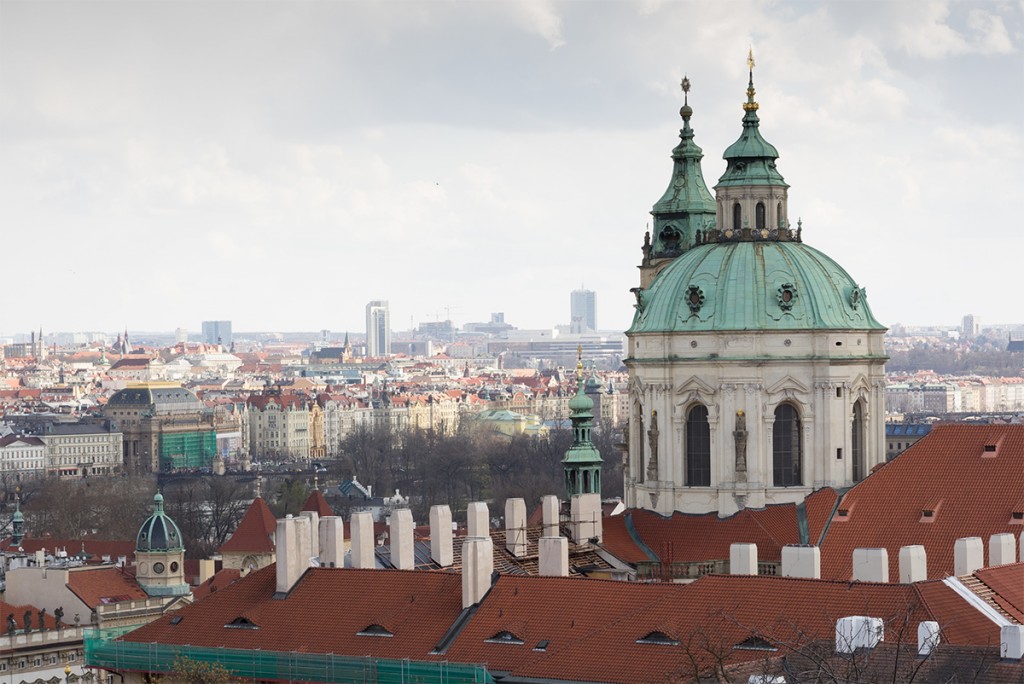 What does it all mean for us users?
1. If you are posting images on web only and you don’t need to crop excessively, you won’t see much of a difference in a resolution among those 4 cameras in practice.2. If you plan to print larger than A4 (297 x 210mm) or if you often need to crop your images, higher resolution of Sony A7/MII and A7R will be very useful at least at lower ISO (we’ll come to this relation later in the review).

In a conclusion, if you have realistic need for high-resolution files, Sony A7R should win in this category by slight margin over Sony A7/MII. Sony A7S won’t allow larger crops and very large prints without visible loss in quality, but at higher ISOs this will change. Don’t forget that higher resolution means also larger files and more computing power for post processing and space for archiving.

We should also mention again problems with Sony A7R shutter shock induced blur that can significantly reduce output resolution. (You can read and see some examples in the following article, if you scroll down to “discovered problems” section – http://www.verybiglobo.com/sony-alpha-a7-ilce-7-and-sony-alpha-a7r-ilce-7r-part-9-finalshowdown/

On the other hand, we should also mention that in our experience Sony A7r offers widest dynamic range at ISO up to 400, followed by Sony A7, than Sony A7S and finally A7M II. Differences are however very small and in most situations field irrelevant.