When we tested Sony A7 we noticed excessive flaring in some situations, especially when light sources such as night lamps were near edges of the frame. First we suspected lenses, but later we found that most of that flaring is caused by reflections from sensor, respectively – layers on top of the sensor.

This problem was one of our key critics toward Sony A7 camera and we are glad that Sony reacted by improving coatings in the new model – Sony A7 MII. 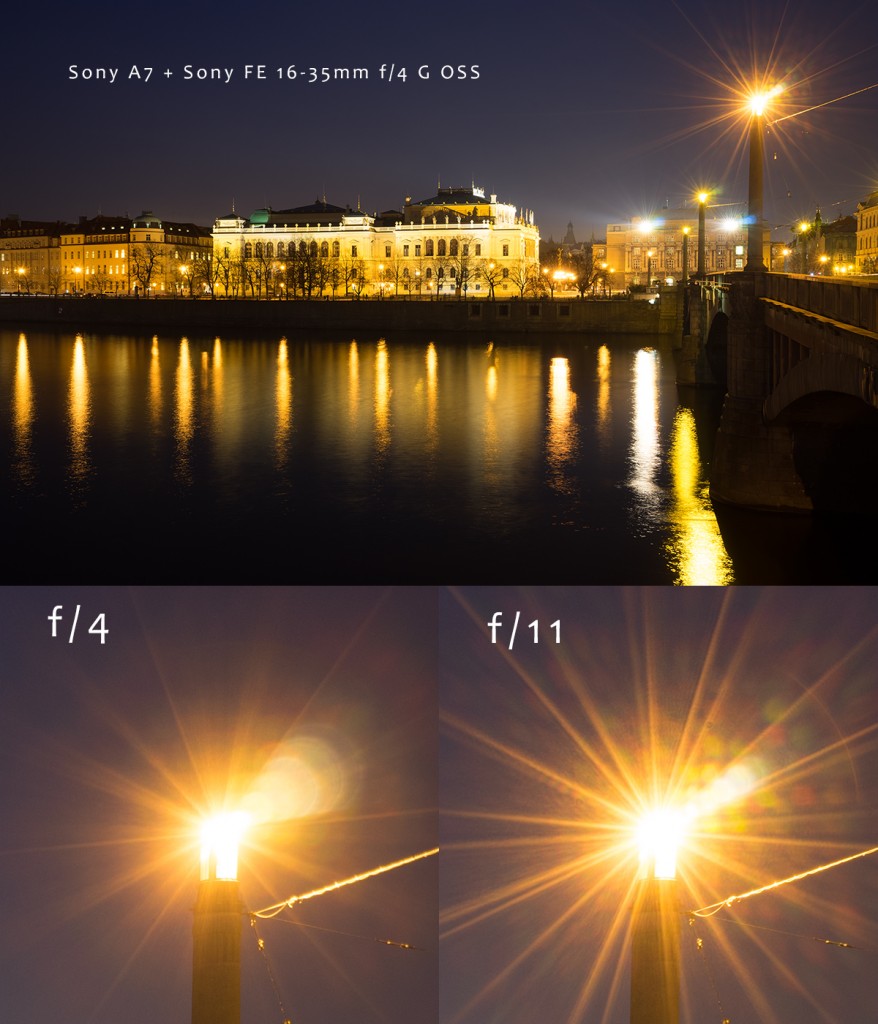 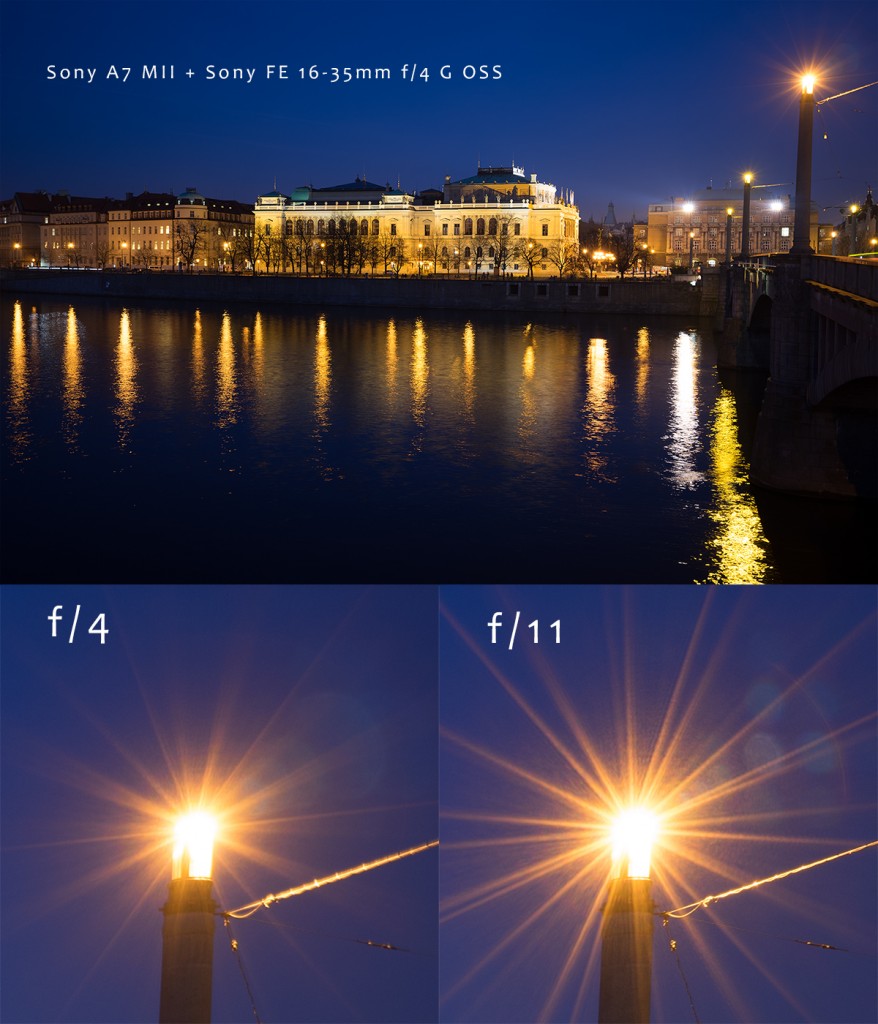 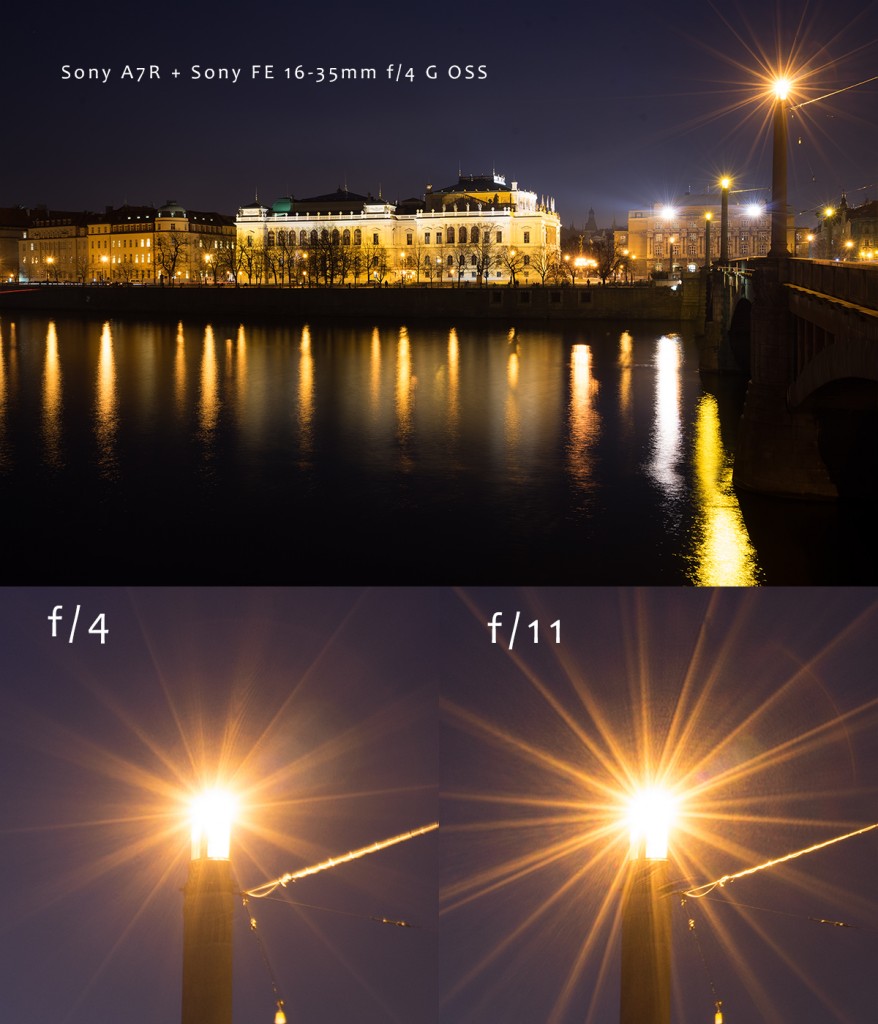 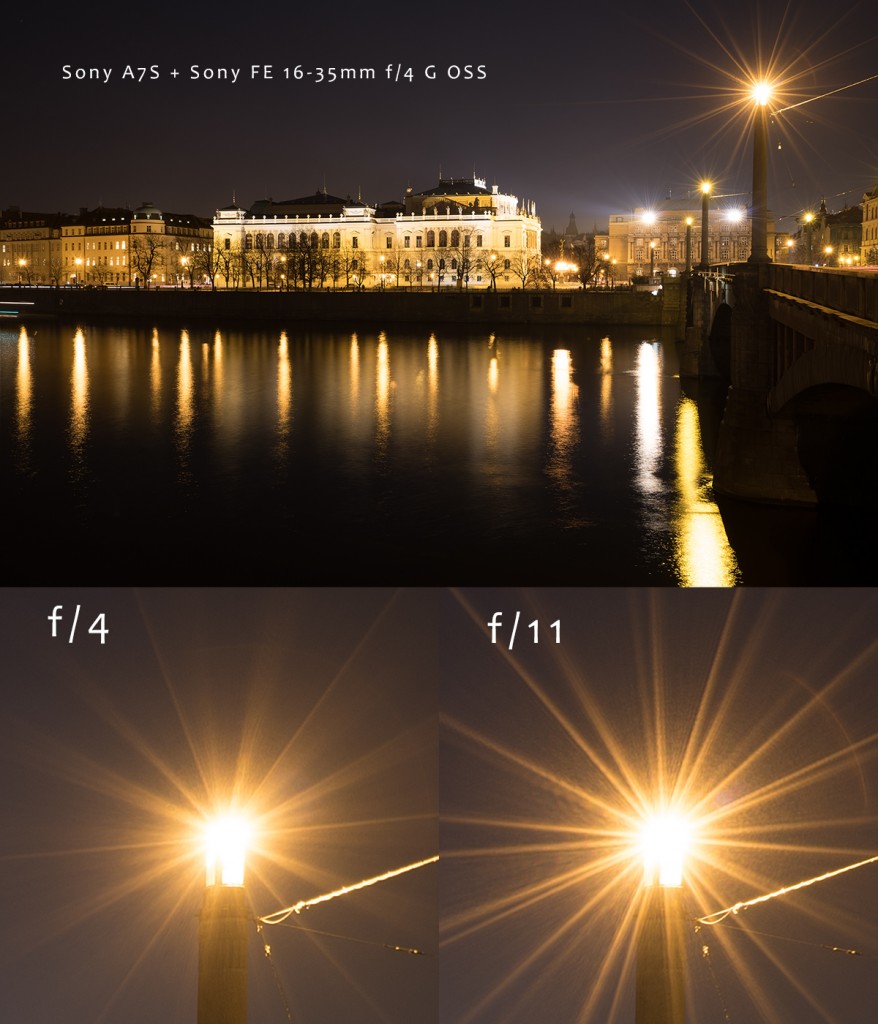 As you can see, flaring is not completely removed, and Sony A7 MII still lags behind A7R and A7S in that respect, but it is much better than original A7 and I think that most photographers won’t have significant problems with newer camera. Sony A7S sensor is almost reflection free.

Mysterious coded name of this chapter has nothing to do with conspiracy theories. This is just another way how to name different image stabilization technologies.

As we already know, Sony A7M II is the first FF mirrorless camera to feature in body image stabilization by moving sensor to compensate for hands shake. Sony however already have several lenses with optical stabilization (OSS) built-in. We were curious to see how much improvement this new technology brings in comparison to usage of the stabilized lens on non stabilized body. 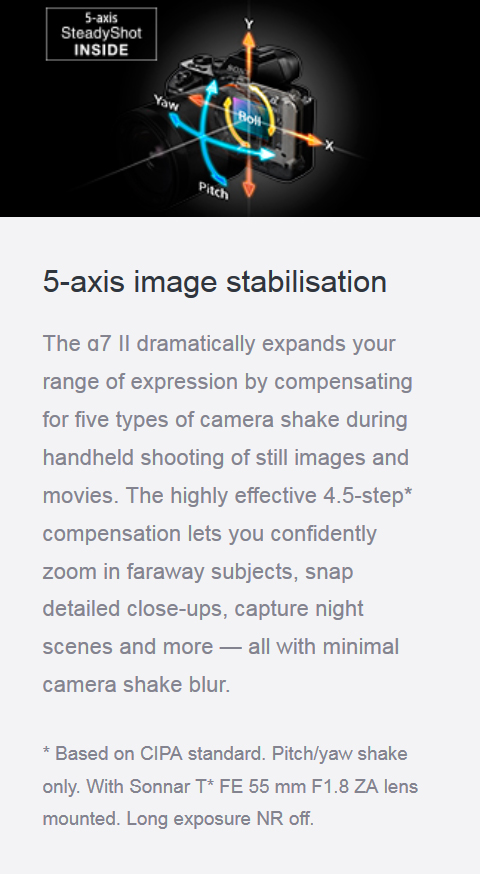 We analyzed sharpness of those shots related to the same shot taken from sturdy tripod, which represented 100% value. However, we weren’t able to see any differences in performance between those two cameras when Super steady shot was selected to ON. Maybe we would need to make many more test shots, or to make different testing set-up (macro e.g.) in order to recognize additional help of sensor stabilization, but so far we can say that (at least with Sony FE 70-200 f/4 G OSS at 200mm and 5m distance) we couldn’t notice measurable difference between two stabilization systems.

(There are many reasons why such test might not reflect your own experience. We all have different tremble in our hands and shooting in continuation for hundreds of shots, will result in increased shaking due to fatigues. Weather condition, technique even surface or size of the target, all that can affect resulting data.)

Interesting however was to compare results without and with stabilization engaged.

In the following two charts you can see those results. 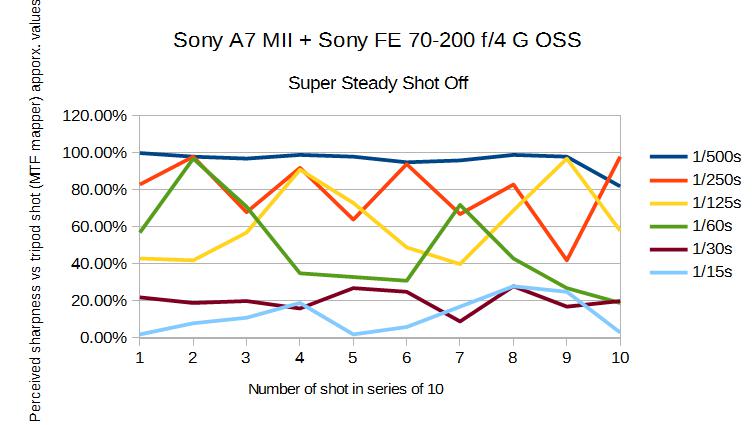 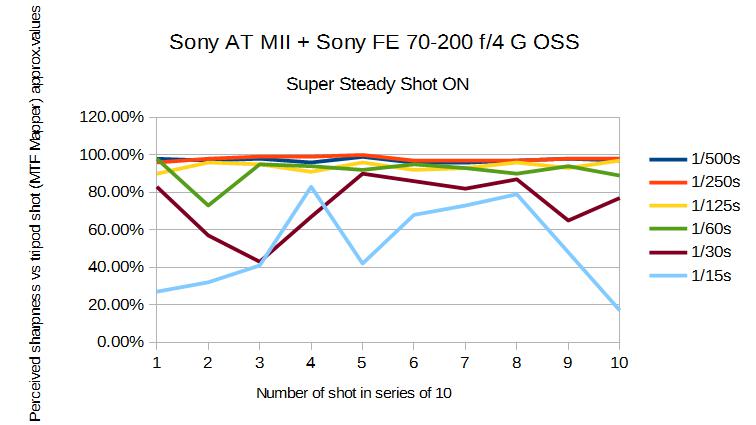 We tested Super Steady Shot in practice much more of course and in our experience, stabilization gives between 3-4 EV in regard to shutter speed. On the other hand, we were able to achieve highest measured sharpness without stabilization in a few shots.

We also tested Sony A7M II with Super Steady Shot off and on (on tripod), to see if there is advantage of switching stabilization off as Sony recommends. 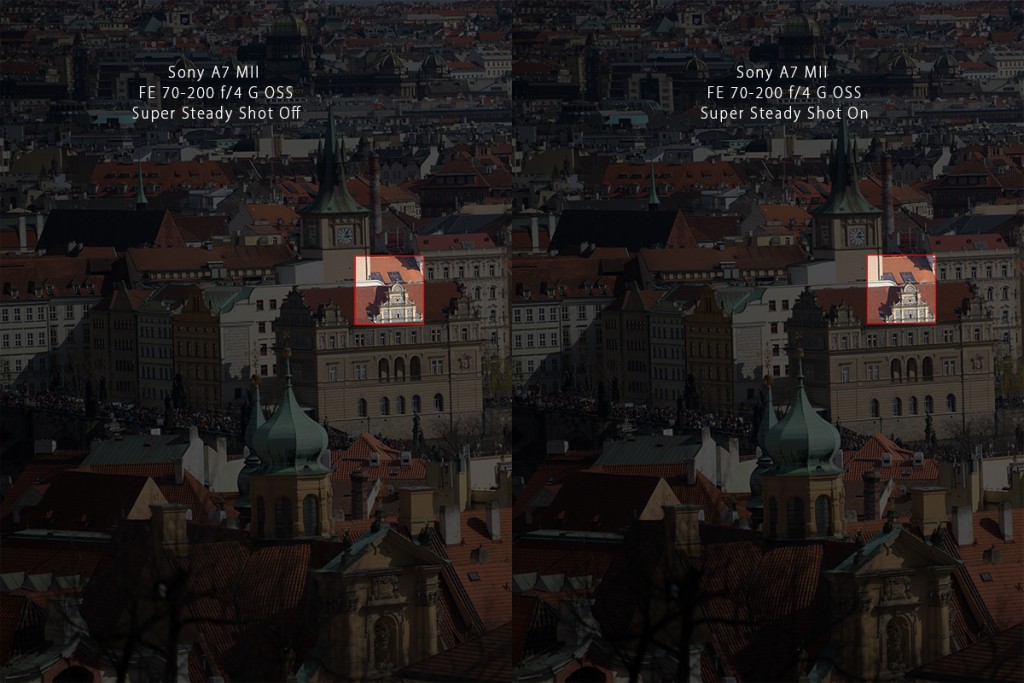 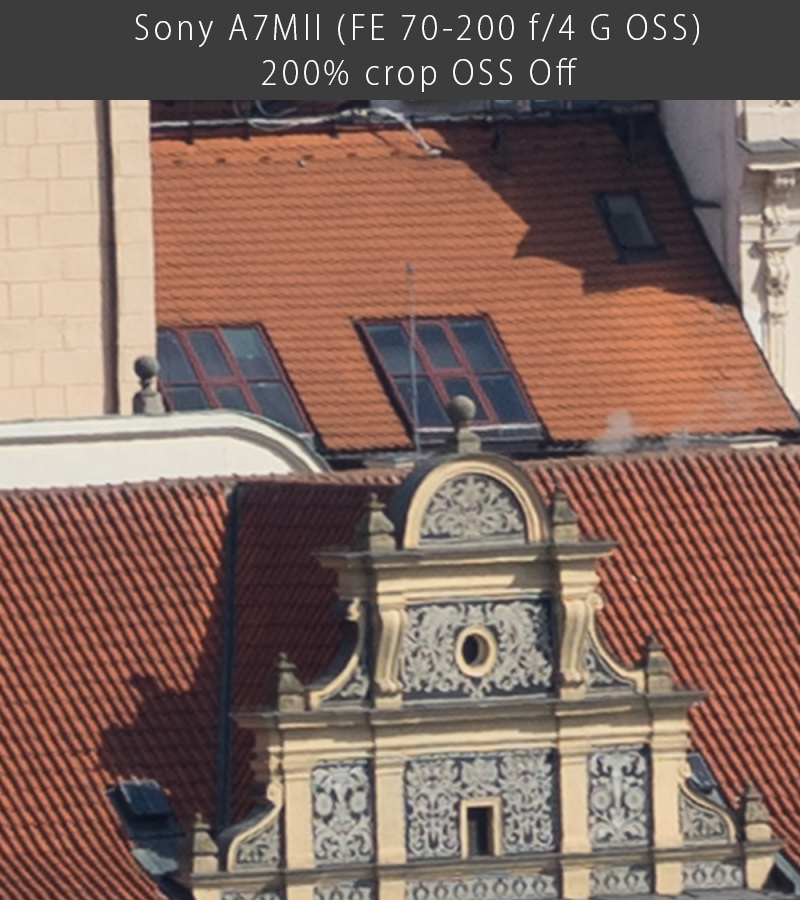 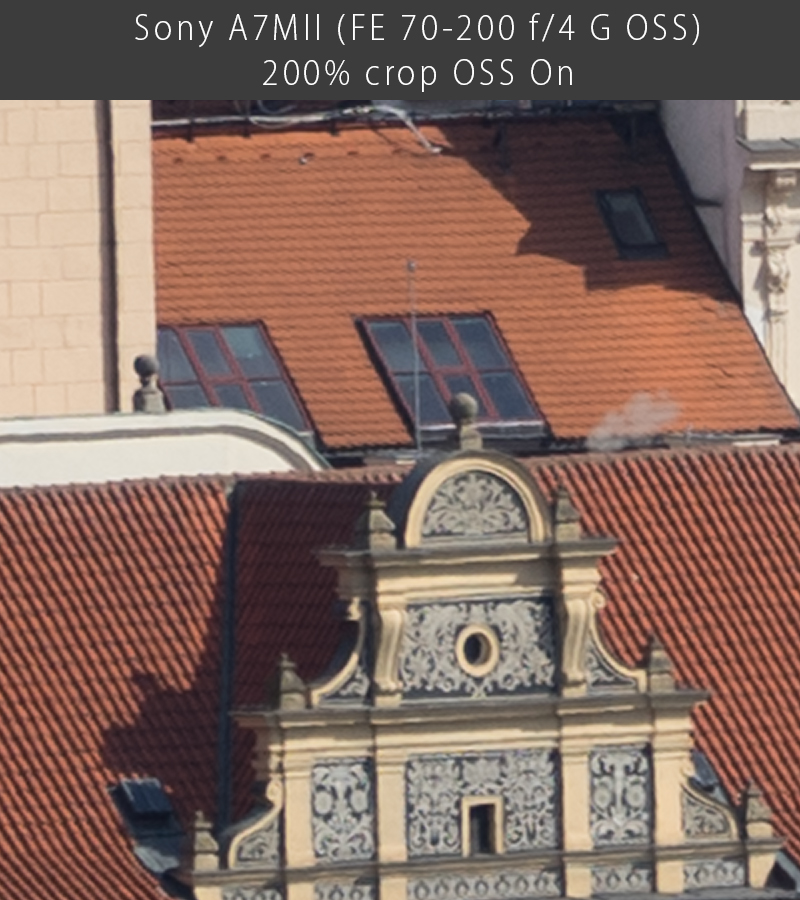 Under very close inspection, we noticed that images with stabilization from tripod were slightly blurred in comparison to those captured without stabilization. This was true for almost all compared images at wide range of shutter speeds.

In a conclusion, we would suggest stabilization to be switched off when camera is on a tripod, but if you forget to do so, it most probably won’t ruin your photo.

In the next chapter we will take a look at AF comparison among those 4 cameras. It will take a little while until we finish our data evaluation though. stay tuned.