36. Start by slightly greasing the rings of the preset mechanism. I am using white lithium grease in a spray because it’s very diluted, and these two rings shouldn’t involve too much resistance on their own. I prefer a snappy preset ring with clear clicks for the stops. (You can grease them also in the step 39). 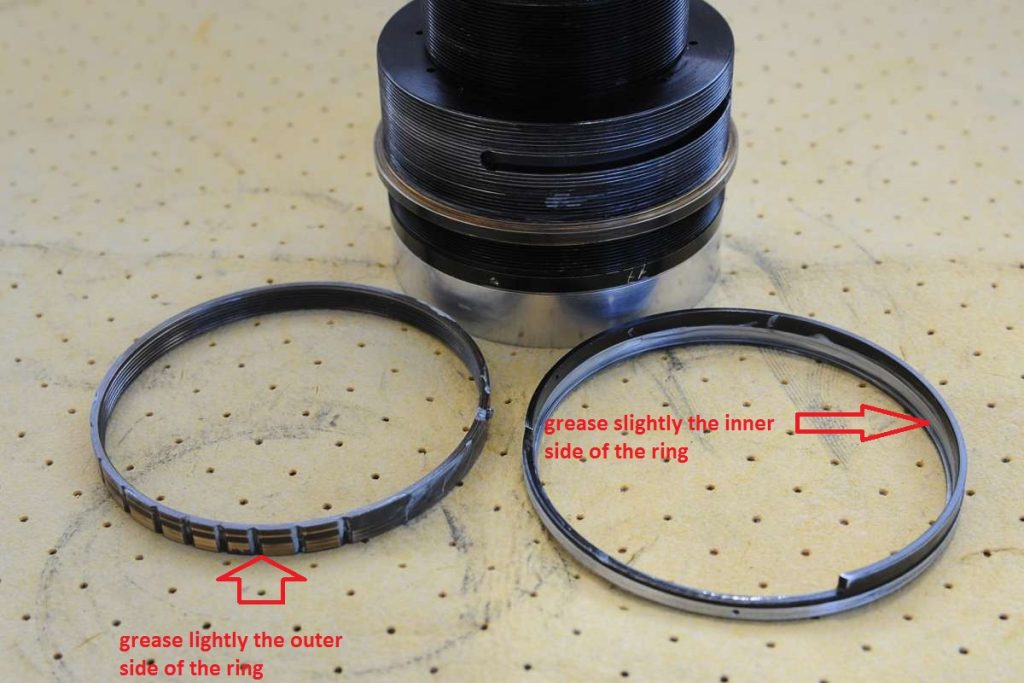 37. Put back the rings, there is only one step on the thread. Position the rings as per picture below. 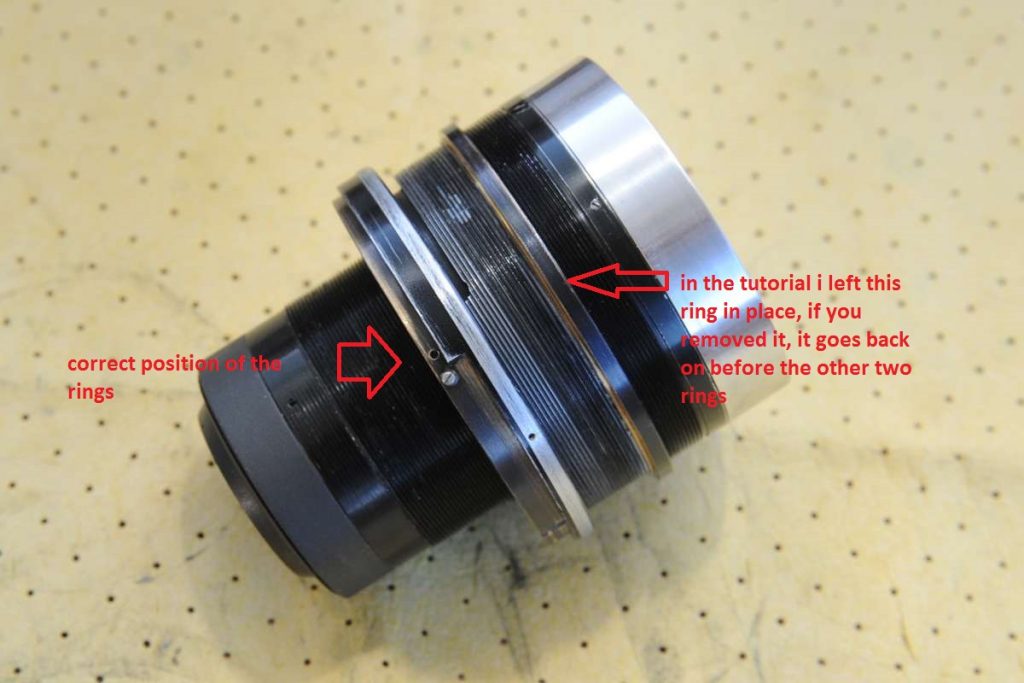 38. For the focusing rings, mark the recession in the threads for the screw that holds the dented ring in place! After doing so, keep turning the rings. 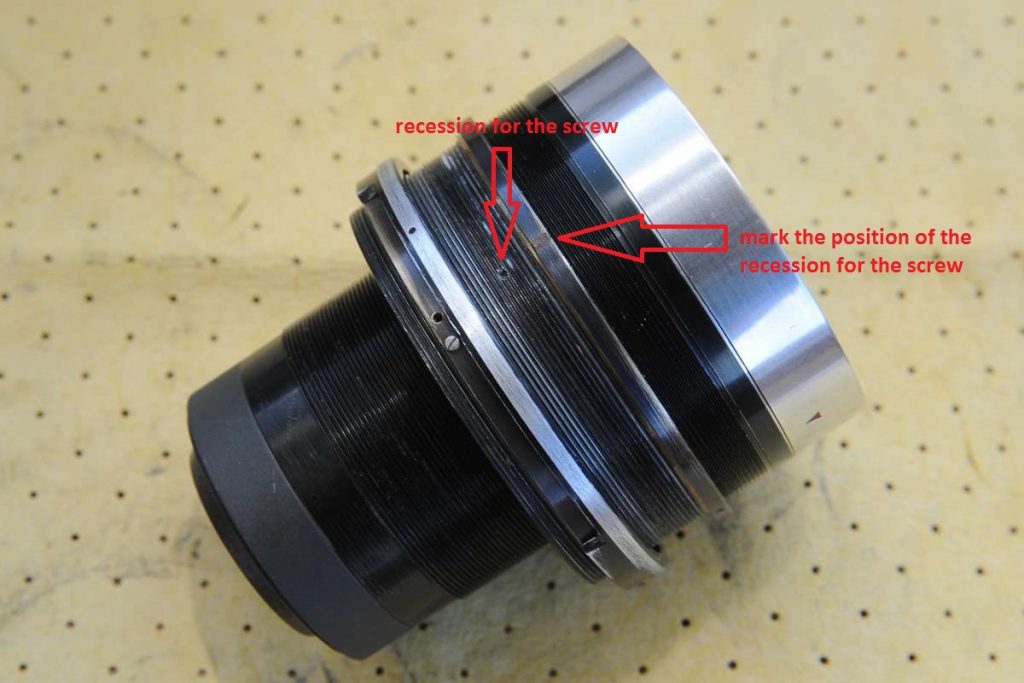 39. Turn it all the way in. If you didn’t grease the rings before (Step 36) now is the time to do it. Pass the mark and then go back a little, the outer ring has to turn freely but without any play. Put the screw back and screw it deeply until you feel resistance (no need to screw it very tightly). If it doesn’t go well, It’s because the screw and its recession aren’t aligned longitudinally. In this case, try to do one turn more or one turn less with the dented ring. 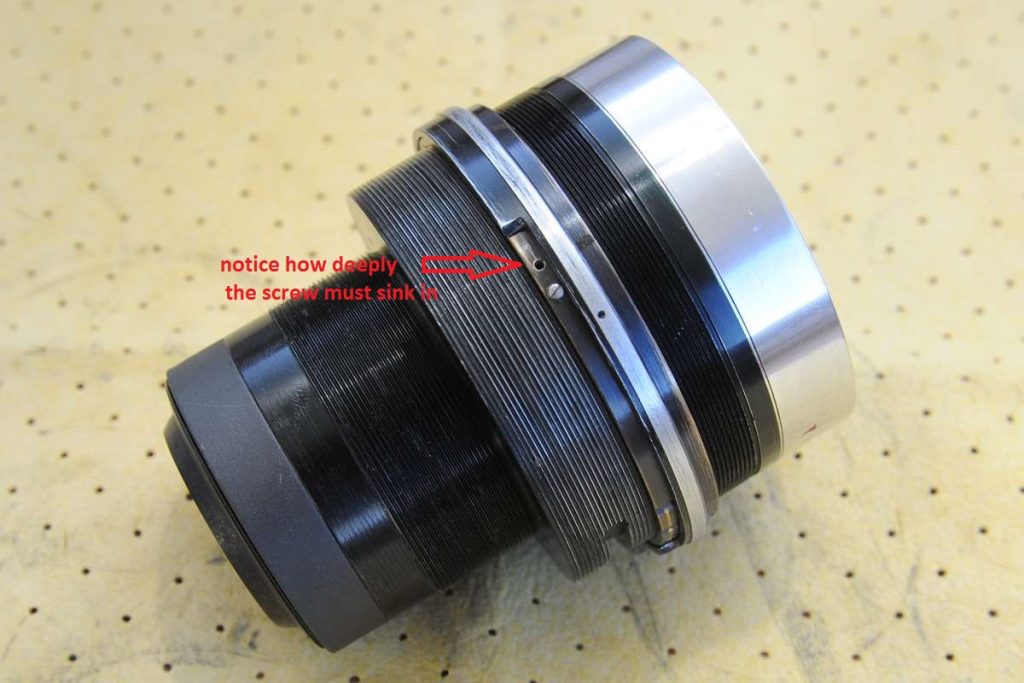 40. We can now grease the dents on the ring by applying a little of the grease on each dent. The grease will spread around as you turn the ring. 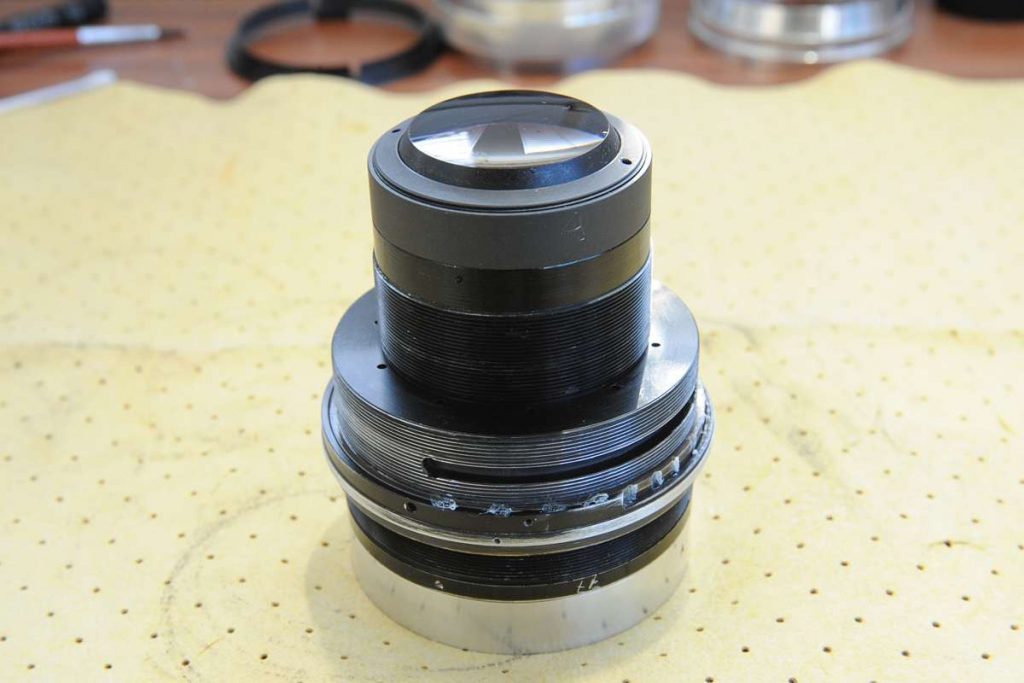 41. Grease also the threads for the aperture ring, that’s the next part we will put on. Be careful here – too much grease increases the chance of getting oily aperture blades. Only grease the part »above« the opening and put more grease opposite to the opening as indicated by the arrows. The grease will spread on the thread as you turn the ring around. 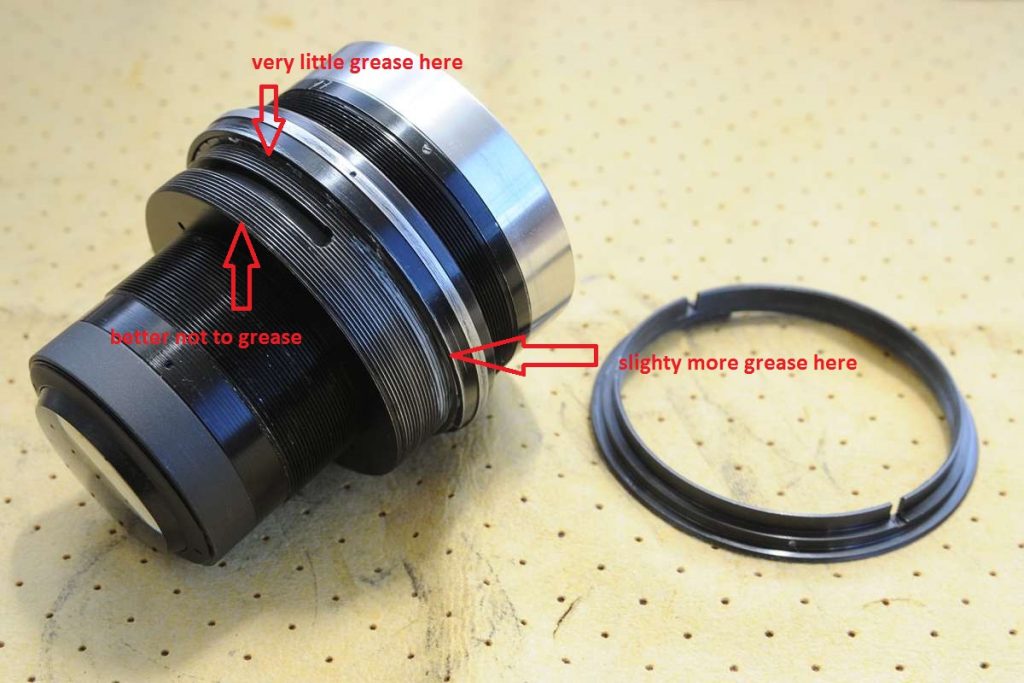 42. Place the preset ring in the position shown in the picture. 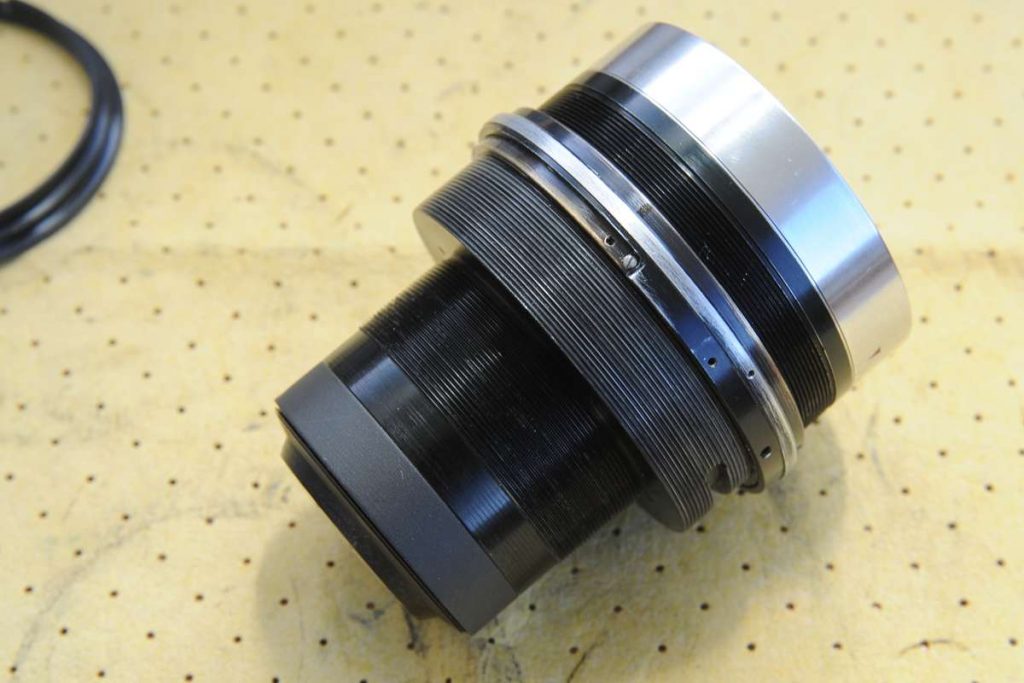 43. Before putting back the aperture ring, make sure that the hole is in the position shown in the picture, it corresponds to the aperture being fully closed. 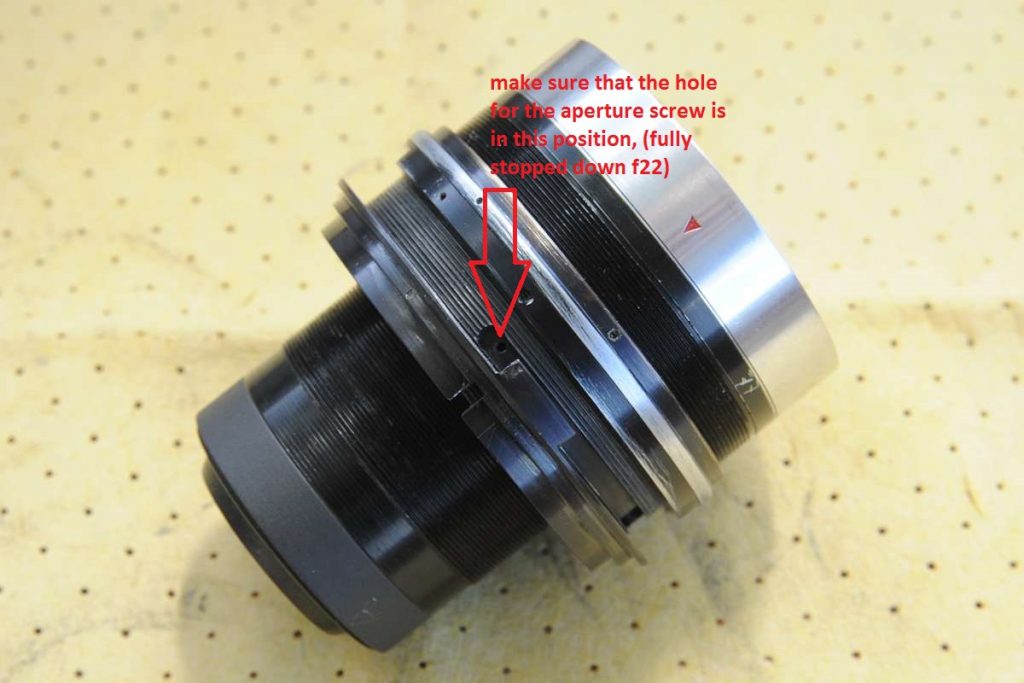 44. Turn the aperture ring all the way in and then one solid turn back. The slot for the screw head on the ring must be free to travel left and right for all the length of the slot on the lens barrel. My ring has two slots and the correct one is the one with the big »tooth« above it. 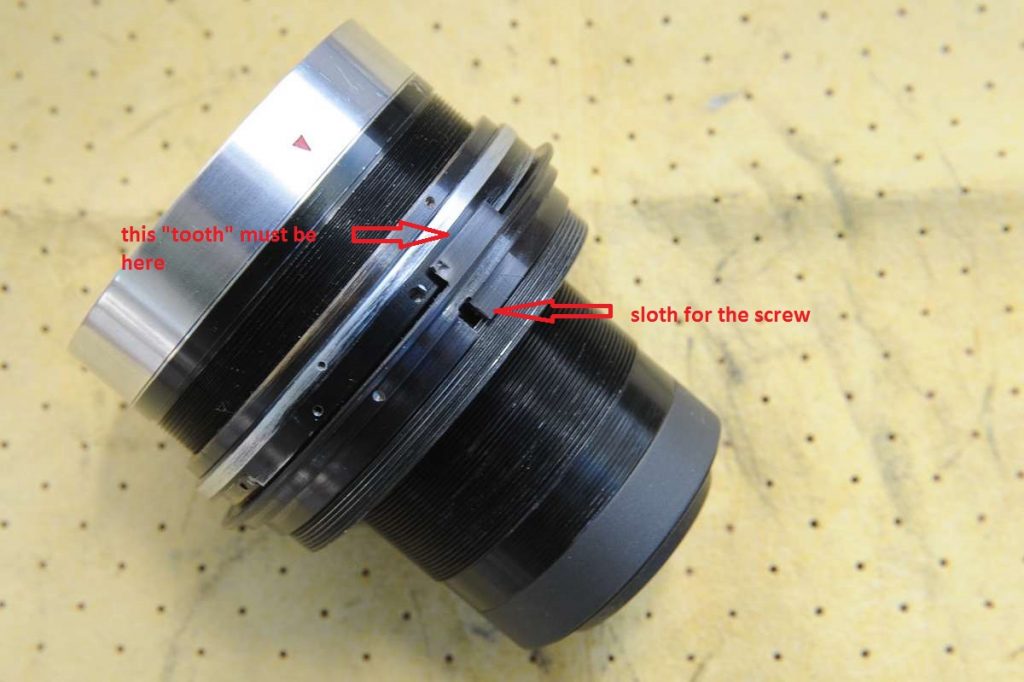 45. Keep aligned everything and put back the pin into its opening. After that, put on the lever. 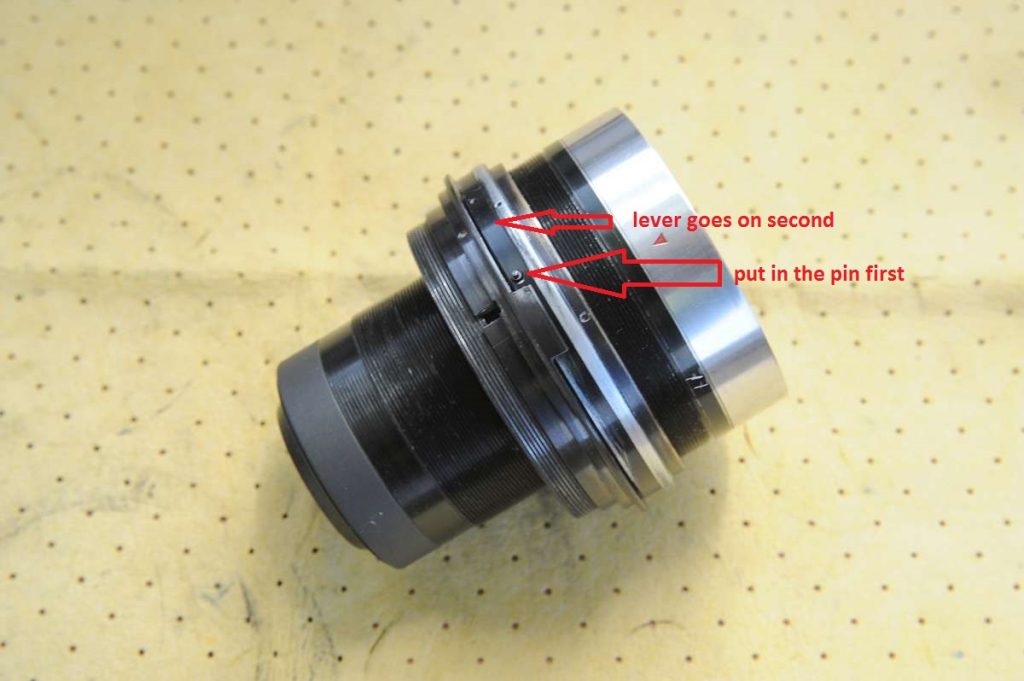 46. Double check if everything is aligned properly. 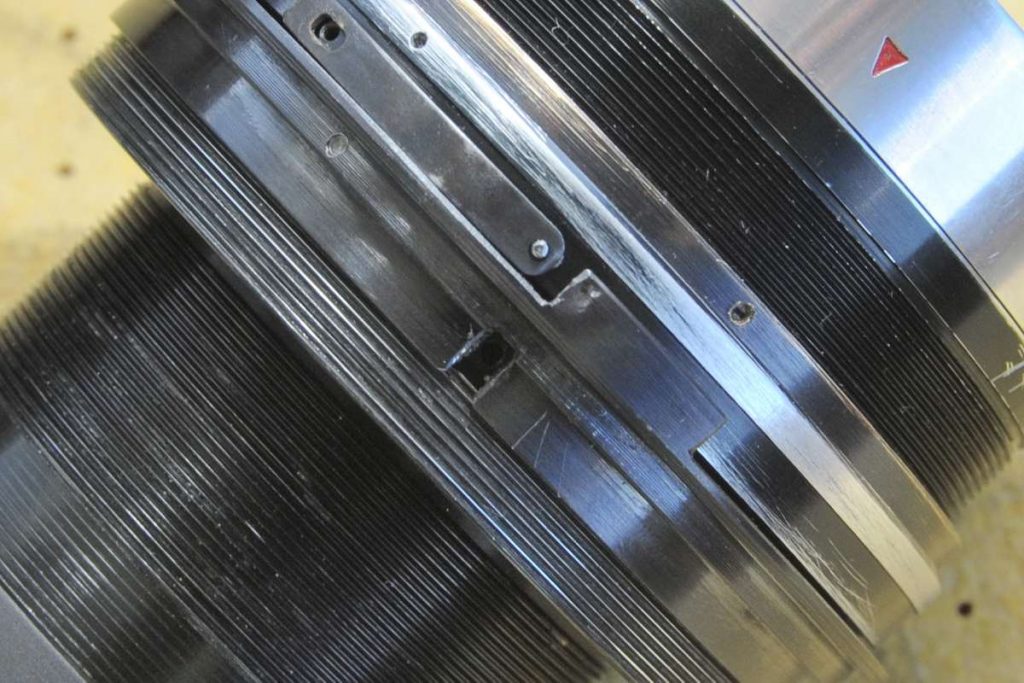 Put back the aperture screw. Put back the screw of the lever – you can adjust how much resistance the dents on the ring offered by tightening or loosening this screw. Open up the aperture and turn the preset ring. Get feel for the clicks and adjust to your liking. Be careful not to tighten it too loose. 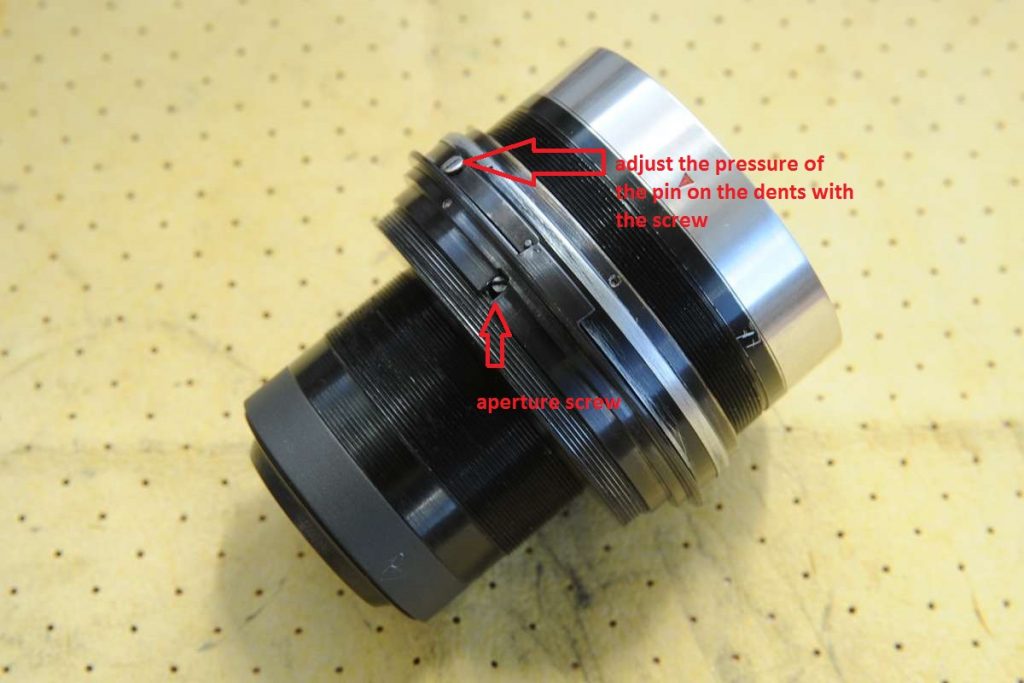 47. Test also the feel of the aperture ring. You can take it off to add or remove the grease if needed. Once you are happy it’s time to put back the external preset ring. Stop down the aperture and align the three screws with the corresponding recessions on the inner ring. Notice that the red marking has to align with the number 22. Slip over the outer preset ring and tighten the screws. 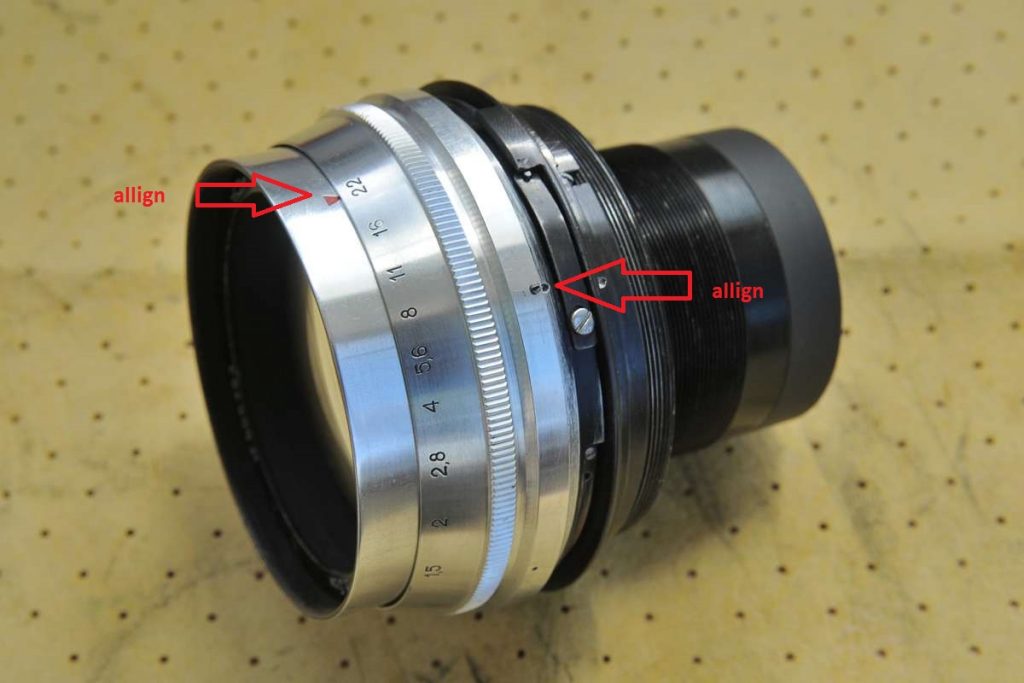 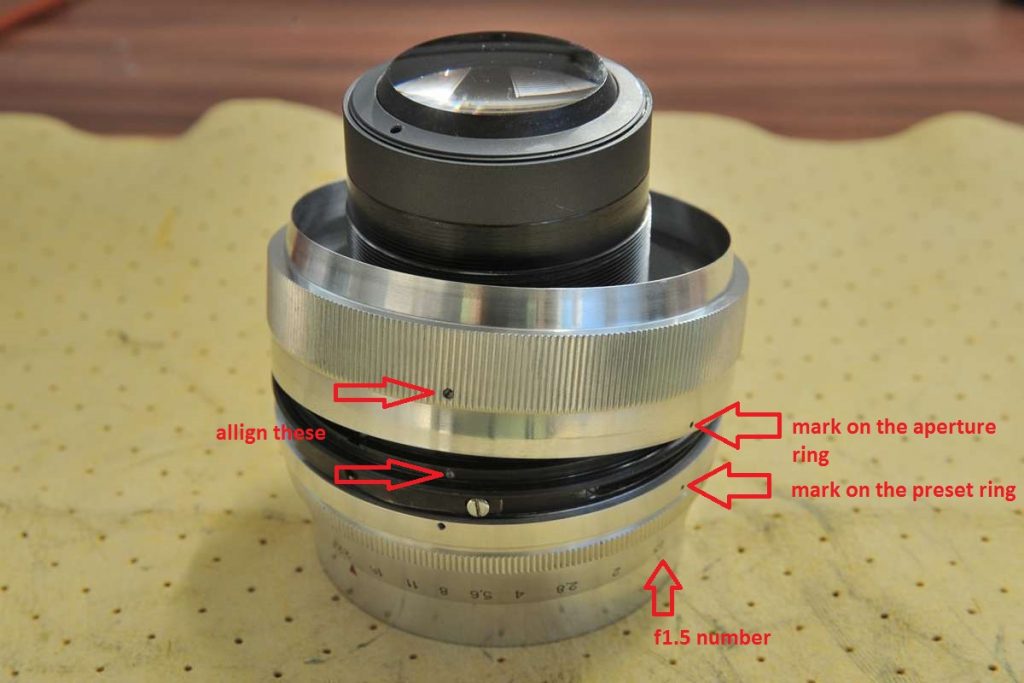