My second radioactive acquisition. There were few versions of this Takumar, only first one to introduce 8 elements in 7 groups, while all later ones, including mine have 7 elements in 6 groups. Another difference among them, is that two early versions – named only Super Takumar, does not have multi-coating glass, while two later versions – Super Multi Coated Takumar and SMC Takumar does. SMC Takumar has aperture made of 8 blades, while the others have only 6.In that regard, my copy tested here is probably the worse one, in terms of sharpness, and I am looking for the two newer versions to see, how much different they are.

Interesting comparison between the versions can be found  here:
http://www.pbase.com/gummiebear/50mm_f14_shoot_out

My version (production started at 1965 – 1971) over 40 years old, did come in a solid conditions and everything works as it should.

You can notice yellowish glass which is typical for the lenses that are using rare earth element, I guess Thorium in this case.

You can find lot of different opinions about the radiation risk using this lens on the web.
I believe, that using it occasionally and keeping it far away from my living room and bedroom, should result in acceptable risk.

But anyway, does it worth any risk?

First what you will notice, holding the lens its a superior build quality, and significant weight. Takumars were built to last, and they probably will over-last many modern lenses of today.

Lens has 49mm filter thread, and weight 260g. Minimum focus distance is 45cm and aperture closes from f1.4 to f16. 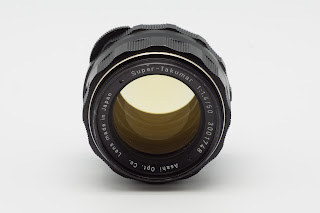 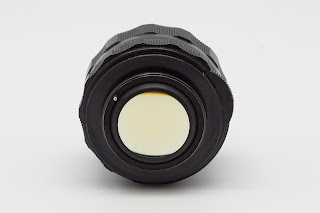 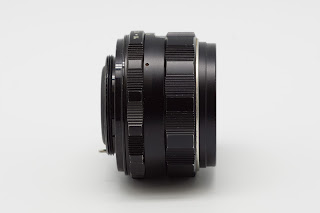 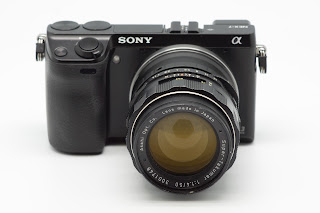 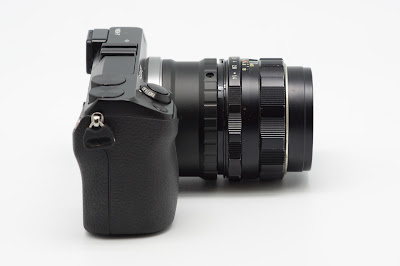 Following test shows lens character, color, contrast and out of focus rendition at most apertures. Focusing was at the dolls left eye. Shot from tripod with remote, ISO 100, NEX 7, RAW developed in LR 3.6 with standard settings, exported for downsizing in Photoshop. No other corrections applied.
Here are 100% crops of the focus area. 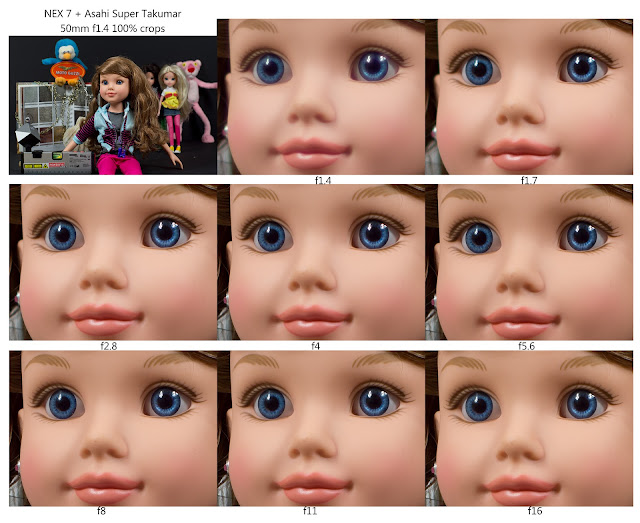 As you can see, even at f1.4 Takumar is rather sharp. Already at f1.7 it is very sharp and keep improving up to f5.6, from where the diffraction starts to appear, but its not that bad.
Yellowish glass does not affect colors as much as I would expect, but the tone is present.
Resolution chart is shown bellow with respectful 100 crops. 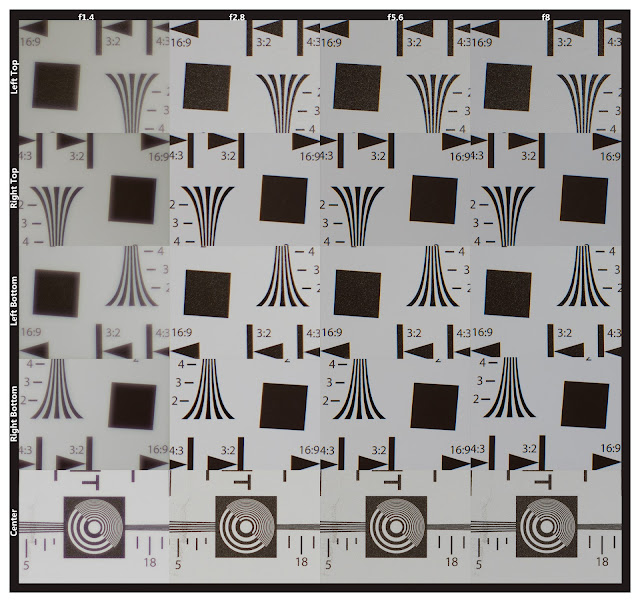 Corners performance is however very bad wide open, either due to the yellowish vignetting or pronounced coma, or combination of both. For a portrait work, corner sharpness shouldn’t be an issue, but yellowish tone probably will.

Same characteristic can be noticed on a field corner test at a longer distance, as you can see bellow. 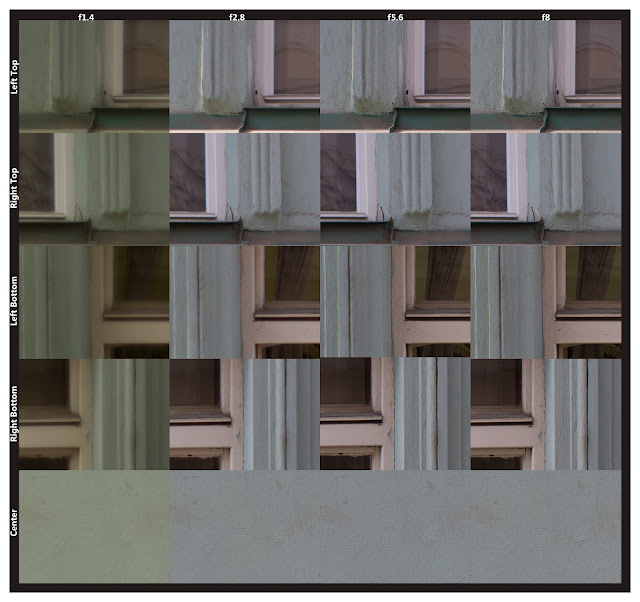 There is a slight barrel distortion, but I wouldn’t consider it to be and issue..

Here are couple of portraits in a natural light without flash. This is probably the best use of this lens on APS-C.

Bokeh:
Takumars are famous for the combination of great sharpness and smooth bokeh. Bokeh is very subjective thing, and it is nice indeed, but I still like more Yashinon 50 f1.7 wide open. Stopped down to f4, bokeh is very good, better than most competitors. (IMO)

Most 50mm lenses that I had been testing so far, are good performers stopped down to f5.6-f8 at a longer distances, and Takumar is no exception.

Conclusion:
Asahi Super Takumar 50mm f1.4 is one of those lenses with a pronounced character. There is something that makes it unique, apart of outstanding build quality.
Question is, should you spent around 100 USD this days for an radioactive lens, that certainly does live to its reputation but its not miles ahead of cheaper and less risky competitors?
For those, that are looking for a bit of personality, it probably worth to touch its dark side.