Over hollidays, I didn’t find time to finish A7 vs NEX 7 comparison, but I will jump on it next week. Meanwhile, I went to shot annual fireworks at 1st of January 2014 in Prague. 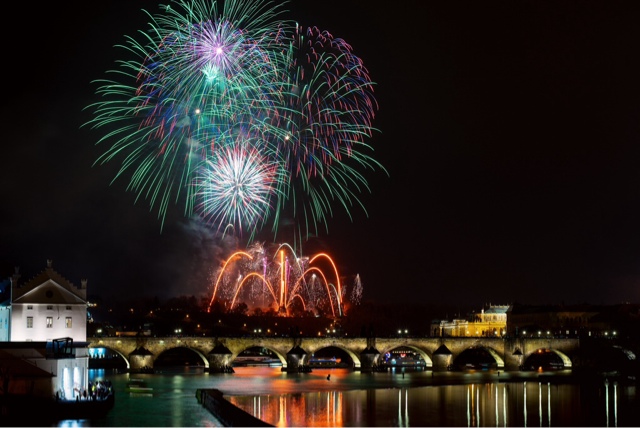 This was original composition at 70mm. I should use longer lens and get closer, but using A7r you actually can crop as much as you can see in the following images, still keeping some 6-8 Mpx for printing. So from a single location and with a single FL, you can make different crops and make those fancy collage images that are to be seen all around those days 🙂 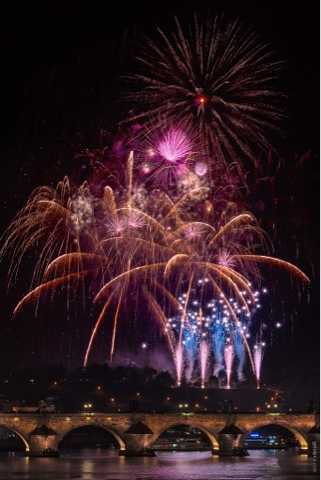 This shot is very similar to the one that I delivered to my client. (He wanted only one, but I can’t publish it) There were more green and it was slightly richer, but this one was my preference anyway, so I am happy with his choice 🙂 This was lucky combination of the selected shutter speed and firework choreography. 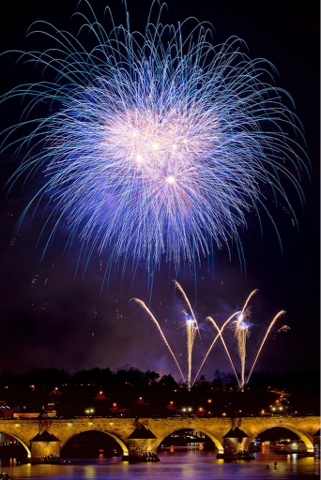 Sometimes however, simplier resulting effects makes more impact. In this shorter exposition (in terms of choreography) only two effects were combined and I think that is enough.

Finally – here is little trick for you… I haven’t tried it this time, but if you zoom your lens during exposures (avoiding camera shake of course), you might get some amazing effects.
If you have some additional questions, feel free to ask.
Side note: Originally I wanted to use Zeiss ZE 21/2.8 on A7, but this Metabones adapter does not focus to infinity with neither of my Zeiss ZE lenses. Warning! Do not buy Metabones Adapters if you plan to use them with Zeiss ZE lenses!!! They will most probably not focus to infinity and Metabones will offer you re-adjustment, but you will have to send your adapter back to tehm at your own costs. Even that will be OK, if… My first adapter that I bought from them had the same problem. Instead of sending it back for re-adjustment, I sold it locally and ordered new one, but asked ametabones to double check infinity focus with it. They promissed to do so and sold me second adapter. The adapter that come was much better in that regard, but still wasn’t able to reach infinity at 100% (Zeiss ZE only).
I lived with it, untill suddenly decided to go with their new Metabones SA III for FF camera. I begged them to triple check if it will focus to infinity with Zeiss ZE lenses and as usual they promissed to do so.
But, it doesn’t. Meanwhile ai bought many other adapters from them, and was kind of satisfied with the quality (but Novoflex is much better in that regard).
To sum it up – I spent tremendous 2000 USD for their adapters in the last 2 years and they keep sending me adapters that are not according to their own specification, no matter how many times I ask them to check it. Even the smallest eBayer selling cheap Chineese knock-offs treat its customers better…

Please help support this page and upcomming reviews and buy through affiliate links, with no extra cost for you:
Buy on BHPhoto: Alpha a7R Mirrorless Digital Camera

Buy on Amazon: Alpha a7R Mirrorless Digital Camera
To help this page survive, your donation will be highly appreciated.