Despite that most users went with Sony Alphas A7/r and former NEX’s because of their small size and weight, the real benefit for me, was their short flange distance.

Short flange (mount to sensor) distance allows me to mount almost any lens ever made on my Sony digital backs, and while most of them would be considered by many as an old trash, I simply love them. More aberrations, more excitement 🙂
But short flange distance involves also many technical issues and problems. I wouldn’t go as far as trying to sound clever, (that would be cheating) but I am sure that most of you had heard about problems with wide angle range finder lenses (Leica M, M39 etc.), of “symmetrical design”, causing color casting (magenta mostly), and corner smearing. Those issues are mainly related to the too steep angles of light rays hitting the sensor.
Beside those known problems, there is another one (not so known), that is not directly related to mirror-less (it applies to digital cameras in general), but due to the short flange distance, it can be more pronounced – inner reflections causing flaring.
First we need to understand what are those strange circles and blobs that we commonly call – flares.
They are simply endless reflections of the objects mirroring each other. (You know that from mirror labyrinths – when you stand between two mirrors, you will see yourself endless time, which in my case look like the scene from the movie – Night Of Living Dead).
Our lenses are in certain terms similar to mirror labyrinth, just that instead of highly reflective mirrors, we have bunch of hyper expensive low reflection glass. However, despite all those fancy names – (low, ultra low, extra low dispersion etc.) there is no (in practice) perfect glass with 0 reflection. To reduce so called refractive index to minimum, producers are using sophisticated coatings. So, while normal glass usually retract around 8% of light, with modern coatings much smaller figures are possible, in fact as low as 0.5% recently. Because however, lenses are complex optical designs with many elements, refractive indexes differs and could be multiplied at certain circumstances, similar to mirror labyrinth endless repetition. In those conditions, usually against strong light sources, we can see lens elements reflecting light source against each other (also inner surface of the lens barrel and most often – aperture blades) that creates those famous circles.
With appearance of digital sensors and their rather reflective surfaces (open your camera and take a look at your sensor under light – it is usually quite reflective) flaring has become serious issue. (There is usually AA filter, micro-lenses and other possibly reflective surfaces)
With mirror-less cameras, producers are trying to bring last lens element closer to the sensor and thus make lenses smaller, but as a consequence, intensity of reflection from the sensor is larger and related flaring might be more pronounced.
In case of A7, this phenomenon is in fact real issue…
Let’s take a look at the following image taken with A7 and Sony FE35/2.8 Zeiss: 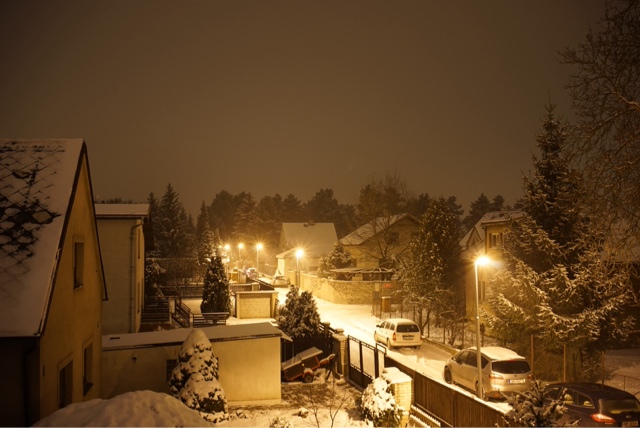 At f/8 problem is not very obvious in the above sample. With careful examination thus, it can be observed in the area near the front street lamp. 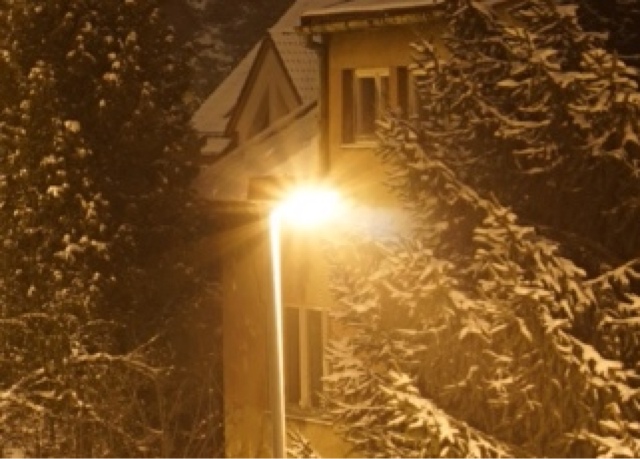 (Images are in very low resolution and cropped on my iPad, but they should serve the purpose).
As you can see, some flaring does occur in front of the lamp, but at f/8 in this composition, it is not excessive.
When we stop the lens at f/11, problem becomes more apparent: 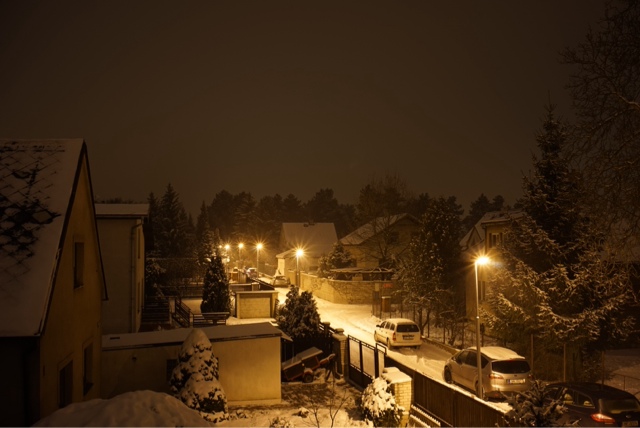 You should be able to clearly see it now: 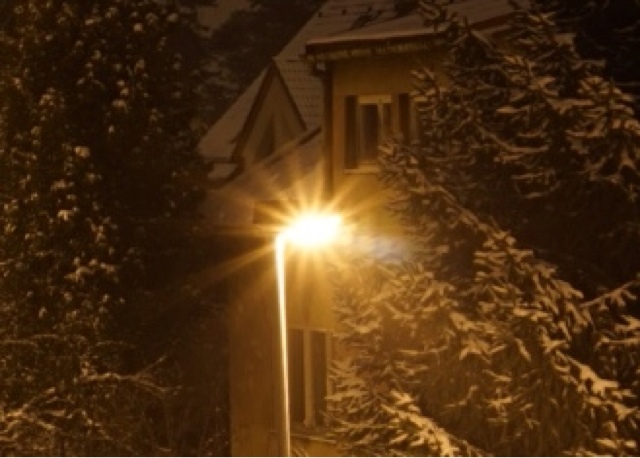 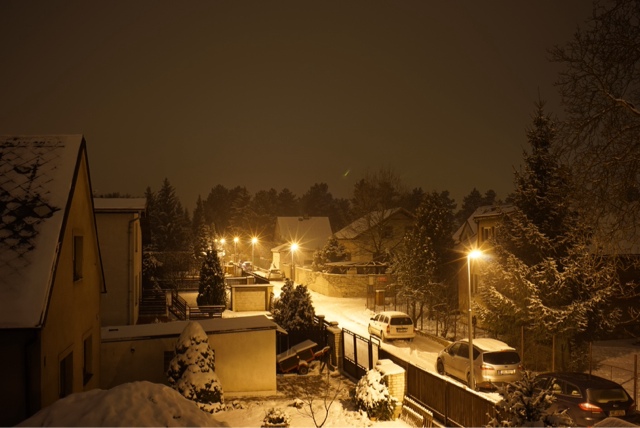 The rear lens element on this lens is slightly larger and further from the sensor. As a result, flares are less pronounced. 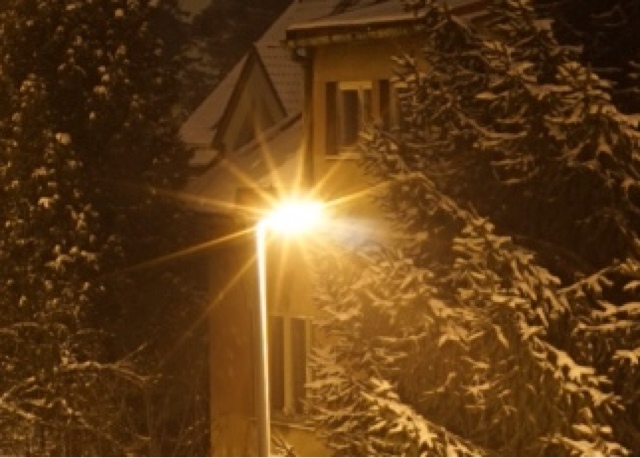 And with the Zeiss Distagon 35/2 ZE T* and Metabones SA III, lens with largest rear element that is far from the sensor, the flaring in the comparable image is even harder to notice: 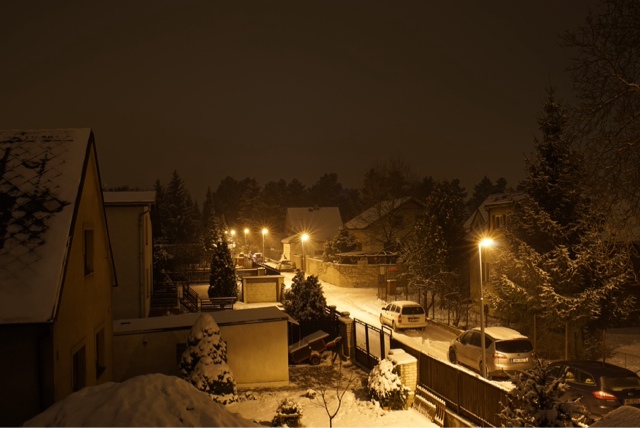 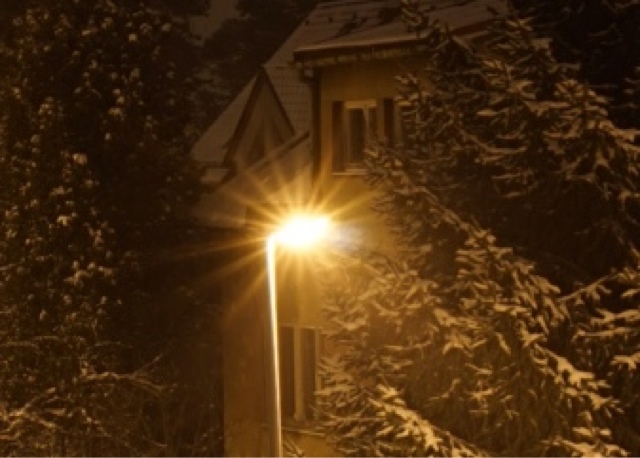 Problem starts to be serious if we compose our images so that strong light sources are moved to the frame edge or corner. Let’s take a look with FE35/2.8 at f/11 first: 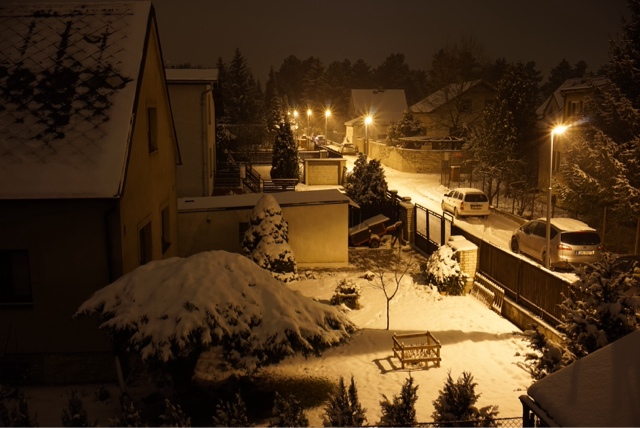 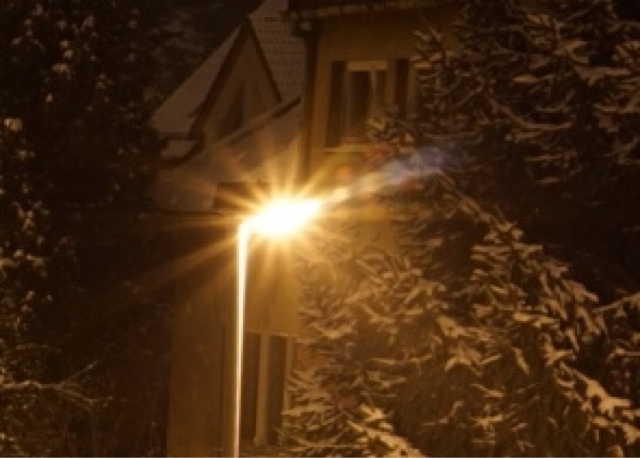 As you can see, it is the same lamp, same settings, but it is closer to the edge of the frame. In those conditions, strong light rays gets at very steep angles to the sensor and reflection is more visible. Also other two lenses will show similar effect…
CV 35/1.2 Asph. II at f/11 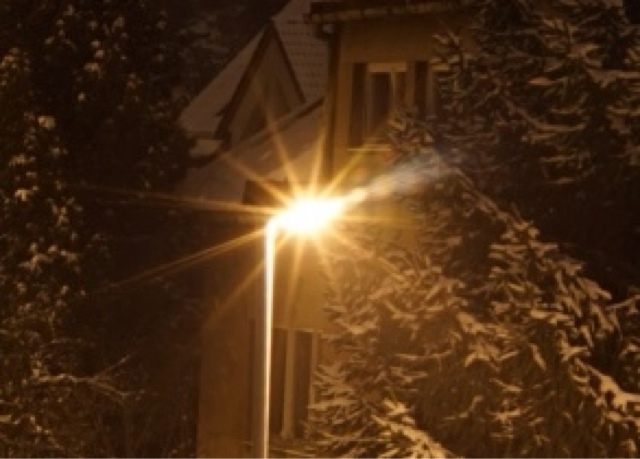 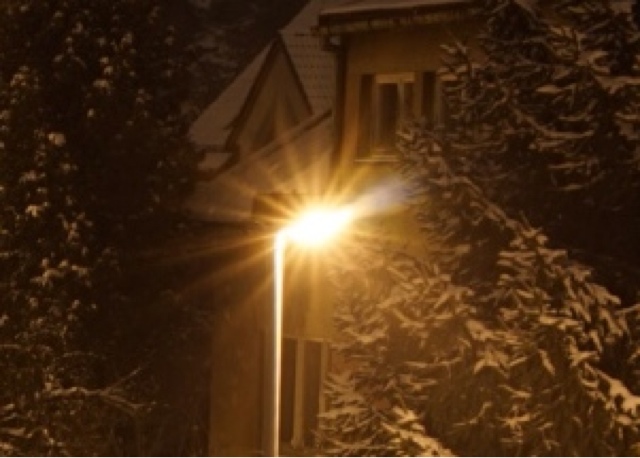 The intensity of the flare decline with increasing distance (and diameter) of the rear lens element. This is simply because the intensity of light is reduced with increased path.
To make our analyze complete, let’s take a look what will happen with A7r images with FE 35/2.8 Zeiss in the same conditions:
First with the lamp closer to the middle of the frame at f/11 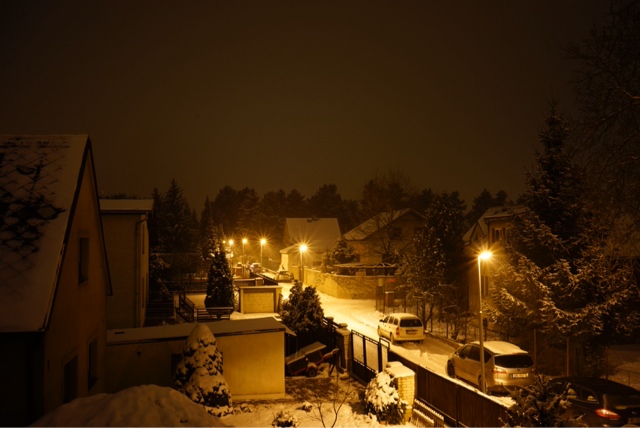 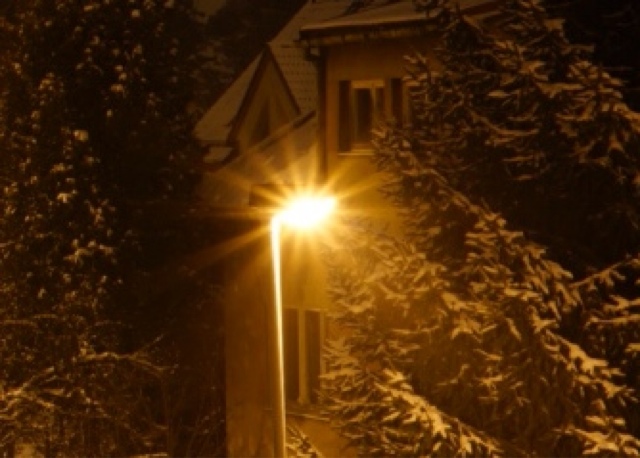 And with the lamp closer to the edge of the frame, also at f/11 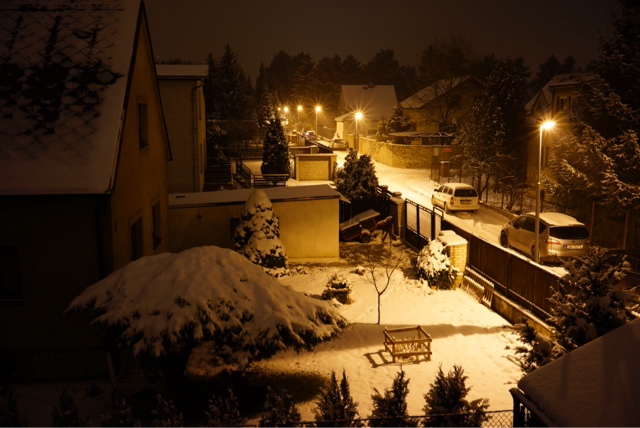 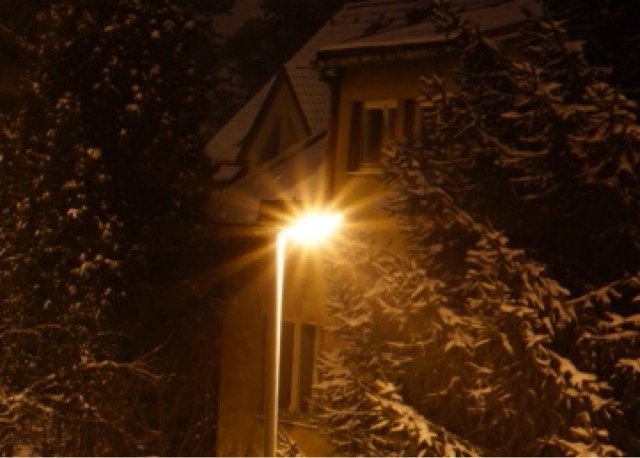 A7r is much more resistant camera to the “sensor caused flaring”. That doesn’t mean that some sensor flaring can’t be found with A7r, but it would need more extreme conditions.
So is it lens or camera related?
Both.
While it is caused by A7 sensor reflective surface (whatever is responsible for it – AA filter sandwich, micro-lenses or maybe phase detection sensors), lenses with rear element closer to the sensor and smaller diameter of the rear element (causing even more steep angled light rays to fall on the sensor) will emphasize flaring more. Sony FE 35/2.8 Zeiss is one of those.
Will Sony admit and solve this problem.
I don’t think so. The only possible solution would be to change sensors or maybe layers above, and that is too costly to go with. But it also depends on the community, and how loud we want to be.
Because of this problem, I wouldn’t recommend A7 for most scenic uses, with strong light sources in the frame, such as sunsets/sunrises, night cityscapes, atmospheric light scenes (concerts, parties etc.) or astro photography, if you need to stop at f/11 and smaller.
(I often do, because of desired DOF).
It doesn’t mean that camera can’t be used, but you have to be careful not to put light sources near the frame edge or to use lenses with large distance from the rear element or both.
Re-composing might help, but with more light sources in the frame, it won’t be always possible.
All in all, it is serious problem that limits A7 usage quite a lot and there is not a big chance that Sony will do anything about it.
Of course, you can simply get used to those flares and make them intended parts of your images or learn how to retouch them in processing.

Personally I will rather stick with my trusty NEX 7 for incriminated situations.

Other parts of the rolling review:

Please help support this page and upcomming reviews and buy through affiliate links, with no extra cost for you:
Buy on BHPhoto: Alpha a7 Mirrorless Digital Camera