In 1973, Konica released Hexanon AR 50 f1.7 as a standard kit lens to their new Autoreflex T3 camera. Later on, the lens becomes praised to be one of the sharpest lenses ever built. I am not sure if that is valid any more, but it is certainly sharp lens as you would be able to see here.
Lens has 6 elements in 5 groups and aperture has 6 blades. Build quality is very good, with rubberized focus ring. Rest of the lens is light metal and glass.
Earliest versions of this lens weighted 240gr and were 45mm long, while later ones including tested one ended up with 210gr. and 40mm length. The price for smaller size and weight was paid by increasing minimum focus distance from 45cm (earliest versions) to 55cm (this version) and also half click aperture stops were thrown.
You can still set intermediate aperture on this lens, but you need more careful handling.
One of the most common Konica lenses was replaced in 1979 by a pancake 40 f1.8.
Later on, there were also 50mm f1.8, but none of those got the same reputation for optical performance as 50mm f1.7.Lens and camera: 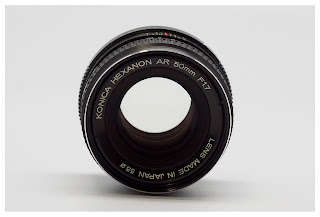 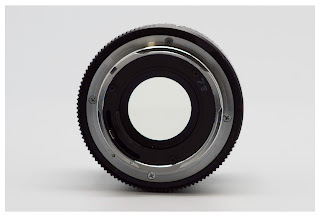 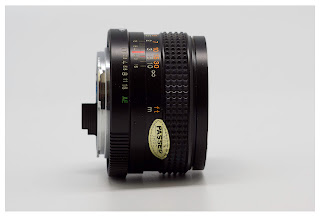 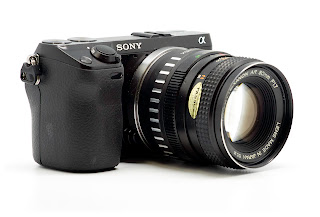 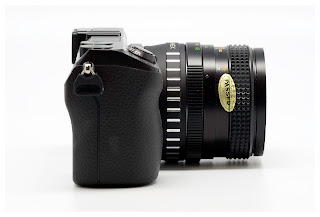 Here are 100% crops of the focus plane area. You should click on the picture and choose show image and then zoom in to see the original size. 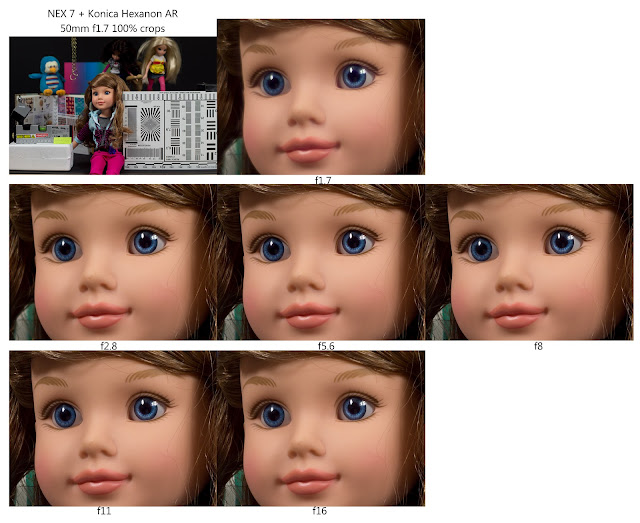 As noticed above, aperture was natively possible to set only at f1.7 and 2.8, so I didn’t test it for f2. You can see, that right from f1.7, lens is very sharp. Its sharpness peak is around f5.6 and lens manage diffraction pretty well up to its maximum aperture of f16. 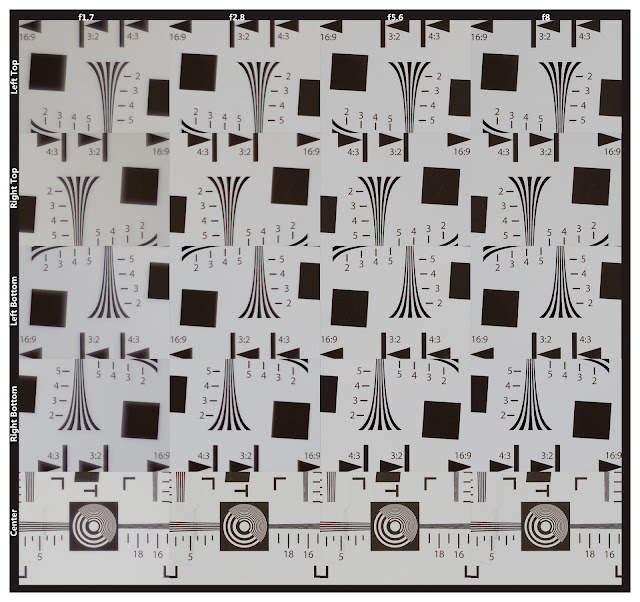 Corner performance is good, but wide open it stays behind its faster brother AR 50mm f1.4. This can be due to the sample variations, or simply age of the copy. From 2.8 corner sharpness is greatly improved, and at 5.6 overall sharpness is simply exceptional. 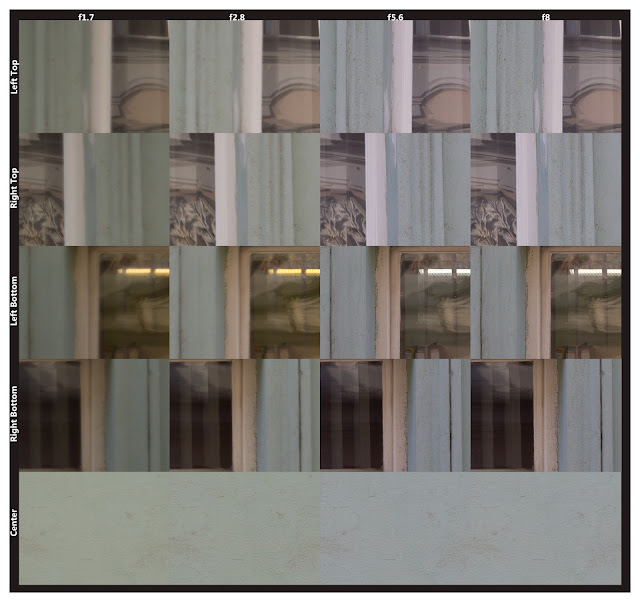 At longer distances, you can also notice slightly worse performance than Konica Hexanon AR 50mm f1.4 wide open in the corners, but vignetting seems to be controlled very well. Light fall is minimal and only yellowish cast makes it more pronounced.

There is nothing to worry in terms of distortion. 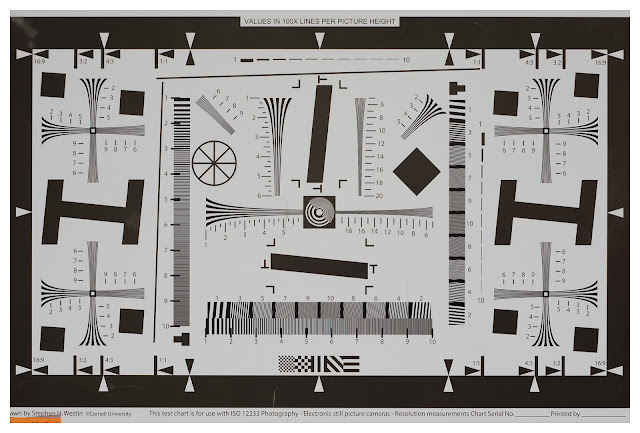 Neutral, rather cold colors are very similar to Konica Hexanon 50mm f1.4 as well as good contrast even wide open. 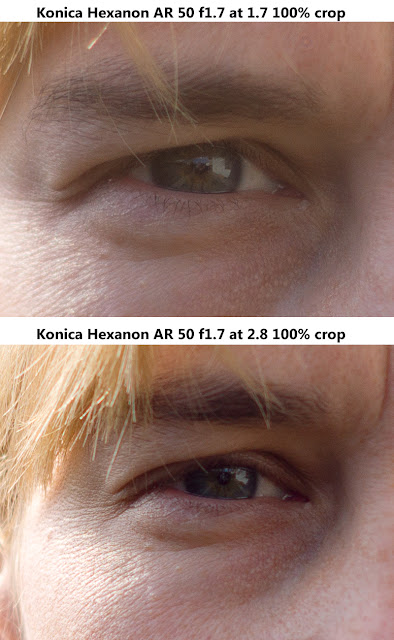 As you can see, center sharpness is great even wide open and at f2.8 there is nothing more to be desired.

Bokeh
Out of focus areas are a bit more nervous than with Konica Hexanon AR 50 F1.4 but still very pleasing.

Sharpness of the lens is outstanding and therefore it is a great lens for landscape as well.

Conclusion:
Both Konica Hexanon lenses are great performers. Outstanding sharpness, together with lack of CA, neutral color rendition, very good contrast and pleasant bokeh, makes them hot candidates for the best legacy 50mm lenses. Between the two, I would personally choose faster one, because the price difference is rather small, and one extra stop, as well as half click stops of the aperture and shorter minimum focusing distance makes more attractive in my eyes. However with f1.7 you get smaller and better balanced body on Sony NEX which for some, could be a deal breaker.