Let’ take a look at light fall off comparison charts 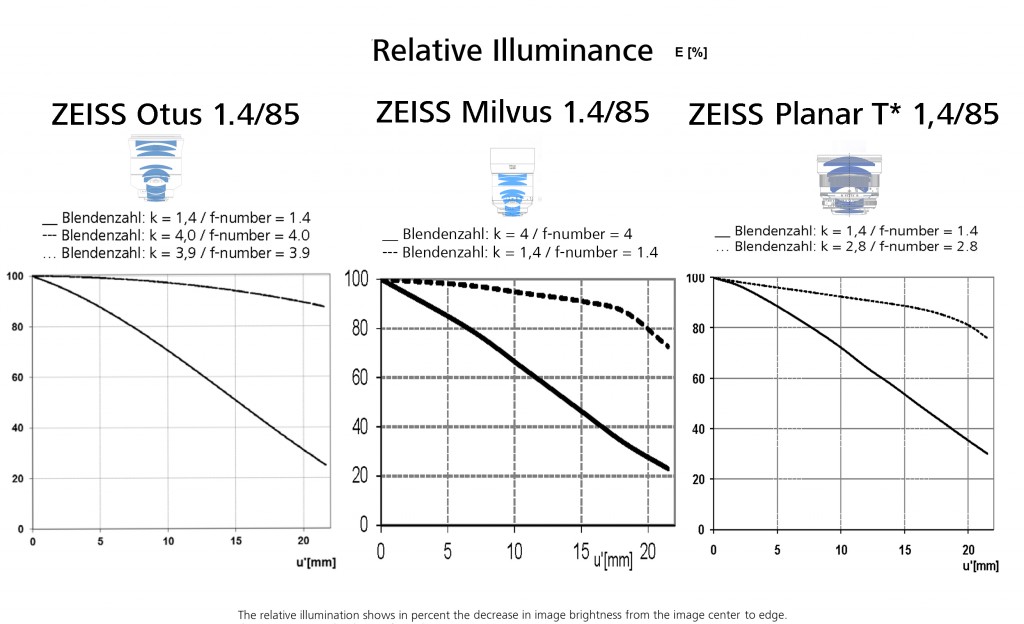 Those data, taken from www.zeiss.com are not directly comparable, because Planar 85/1.8 at f/4 figures weren’t published, but looking at f/1.4, we can confirm that Planar vignettes least from all three lenses wide open. While Otus and Milvus look almost identical, we had a feeling that Otus was slightly worse in this regard. Stopped down, Otus did improve and from f/2.8 vignetting wasn’t notable, but Milvus needed f/4 to get “almost clean”.

At wide open apertures, vignetting is not such a bad thing for environmental portrait e.g, but that is of course individual opinion, and we should say that vignetting of almost 2.5 EV is just too much for professional graded lenses. Considering the diameter of front glass of both Otus and Milvus, it is surprising that smallest Planar has visible better performance in this regard.

We should however also say, that this amount of vignetting, especially on Otus, could have been deliberate design decision, even if Zeiss is known to have weakest optical correction for this aberration across their entire DSLR line.

All three lenses have negligible level of distortion, simply nothing that should bother anyone in a real life. 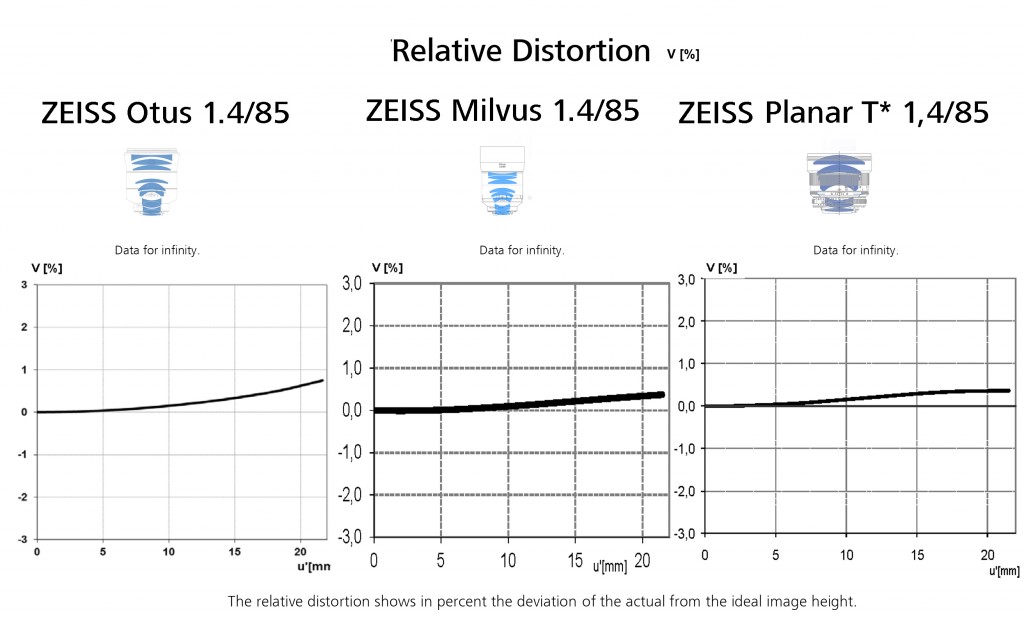 We tested lenses on several live subject and distortion was never an issue.